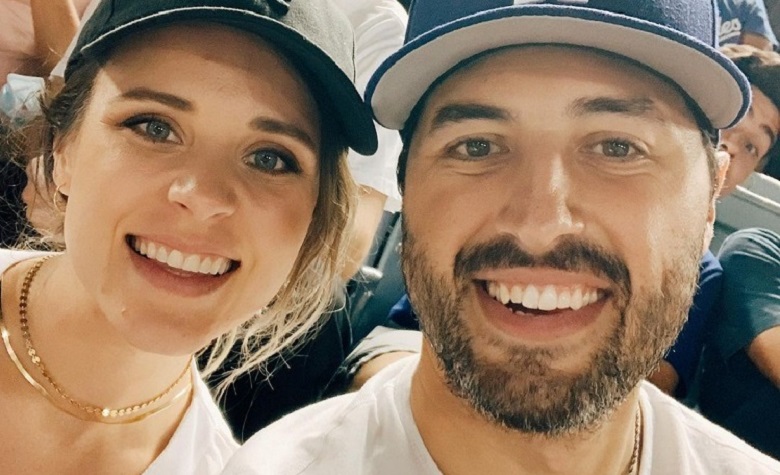 Counting On star Jinger Duggar has been keeping in touch with the fans by sharing wholesome stories about her family. Despite not sharing pictures of her kids, fans are still happy that Jinger is giving updates about Evangeline and Felicity from time to time. Now, Jinger is back to share another update about her family. Apparently, Jeremy Vuolo is celebrating his birthday. Jinger also took social media to share a heartfelt message for her husband. Aside from that, Jinger left the fans in awe after sharing a wholesome picture of her workout routine with her kids.

In a social media post, Counting On star Jill Duggar shared throwback pictures of her husband, Jeremy Vuolo, as he celebrates his birthday. “Yesterday, we celebrated my favorite person. @jeremy_vuolo,” Jinger said. “You care for your people, keep us laughing, and challenge us to love Christ supremely. Doing life with you is the best. I love you baby. HBD!” she added. Families and friends also greeted Jeremy for his birthday. Meanwhile, fans were surprised as one of the pictures shows Jeremy holding a rifle. However, some defended him and said that it was just one of his past hobbies before becoming a pastor.

After wishing Jeremy Vuolo a happy birthday, Counting On star Jinger Duggar shared a picture of her working out with her daughter. It’s unclear if it’s Evangeline or Felicity. However, it’s clear to see that Jinger wasn’t able to have a normal workout routine. Joy-Anna Duggar also reacted to her sister’s hilarious struggles and said, “Yesss! You’re getting it done!” Fans also cheered for Jinger and said that it will always be a part of being a parent. Meanwhile, fans are still amazed by how Jinger and Jeremy kept things private with their kids.

Counting On: Jinger & Jeremy Left The Fans In Awe In Recent L.A Date

In a social media post, Counting On star Jinger Duggar shared a picture of her hugging Jeremy Vuolo during their Los Angeles date. Moments later, fans praised Jinger’s dark short hair and said that it fits her well. It also appears that Jinger and Jeremy are finally able to spend more time together. Apparently, reports claimed that the two struggled and got overwhelmed by their busy life after the arrival of Evangeline. Meanwhile, fans also think that the two may have hired a nanny which is why they’ve been going out a lot without their kids.