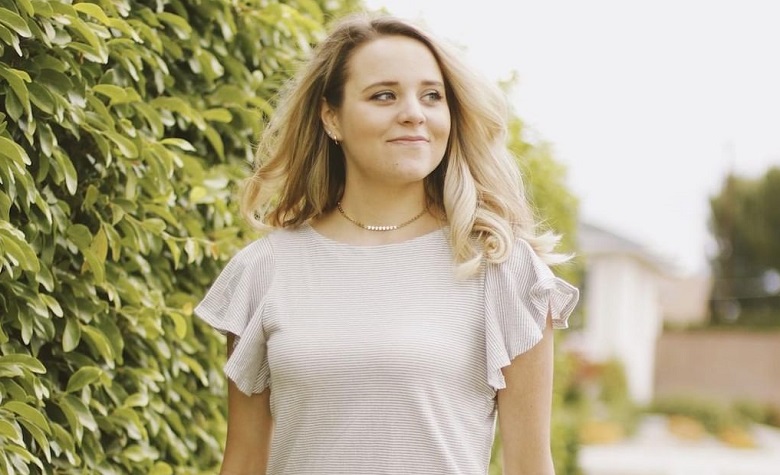 Counting On star Jinger Duggar has been busy promoting her book with husband Jeremy Vuolo. However, she never forgets to give time to her fans. In a social media post, Jinger created a Q&A session where fans can ask anything they want. Fans took the opportunity to ask some of the most important unanswered questions so far. One of which is the reason behind the absence of their kids on social media. Aside from that, Jinger also opened up about being very close to her family despite living far away from them.

Counting On: Jinger Duggar Opens Up About The Absence Of Her Kids

In a social media post, Counting On star Jinger Duggar answered a fan question about why she hasn’t been posting pictures of her kids. According to her, they wanted to give the kids more privacy as they’re still young. Apparently, most of the Duggar kids grew up in front of the cameras. However, it appears that Jinger and Jeremy Vuolo think that it’s not a good idea to expose their kids too much in the media. There’s also a lot of negativities in the online world, which is not a good example for the kids. Meanwhile, Jinger shared an update about her daughters. According to her, Felicity has been very happy with her little sister Evy. She also said that Evy adores her older sister so much.

Jinger Says She’s Still In Touch With Her Parents

Counting On star Jinger Duggar is the first member of the family to live outside of Arkansas. Jinger and her husband Jeremy Vuolo settled in Los Angeles and have been living their life with style. However, Jinger made it clear that she hasn’t forgotten to bond with her family. In a social media post, Jinger shared a picture of her with her newlywed brother Jed Duggar with a caption, “Yes!! Family is a priority. So thankful we get to see both mine and Jer’s fam quite often.” Meanwhile, it’s unclear if Jinger is also doing gardening as most of her sisters in Arkansas are doing it now.

Counting On: Jinger Shares Her Favorite Part Of Writing Her Book

Counting On star Jinger Duggar opened up about her favorite part of writing her book. According to Jinger, she had a great time writing about her childhood memories. She also said that she enjoyed writing about the moment when Jeremy Vuolo asked her to be his wife. Jinger also had fun writing funny stories about herself. It appears that there’s a lot of throwback stories inside Jinger and Jeremy’s book. At this point, the two have received their own copies of their book, and it’s only a matter of time before they start shipping it to their customers.