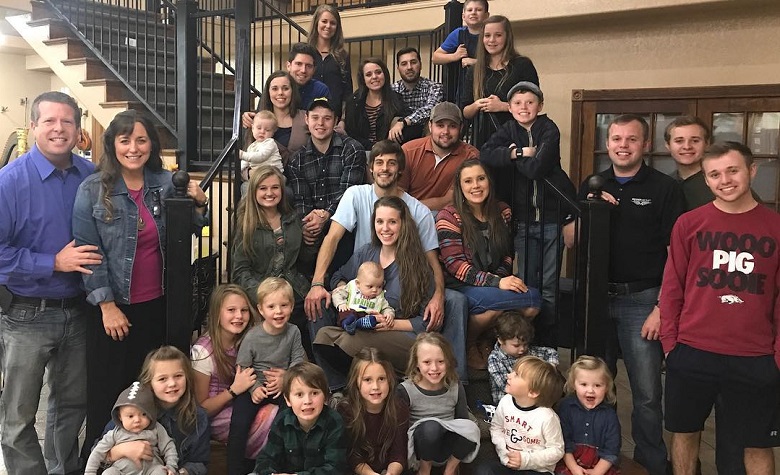 Counting On fans have watched the Duggar kids grow up and get married. Apparently, TLC has documented so many courtships from the family. Some even happened after the show. Fans are also amazed by how quickly things happen when someone enters courtship. However, some took too long to the point that fans thought they wouldn’t work. Now, fans took Reddit to discuss who in the family had the longest courtship.

Counting On: Which Duggar Had The Longest Courtship?

Counting On fans took Reddit to discuss who has the longest courtship in the Duggar family. According to the majority, Jessa Duggar and Ben Seewald had the longest known courtship in the Duggars. Apparently, Jessa and Ben courted for 11 months with a 3-month engagement. However, they’re not exactly sure if Justin Duggar and Claire Spivey are longer as they kept their courtship silent. Some also said that it’s possible for Jed Duggar and Katey Nakatsu to have a much longer courtship than Ben and Jessa if they reveal how long they took. Unfortunately for the fans, Jed and Katey also went silent regarding their courtship.

Who Had The Shortest One?

After talking about the longest courtship, Counting On fans discussed who in the Duggars had the shortest courtship. According to some, John Duggar and Abbie Duggar’s courtship is possibly the shortest one, which only took 6 months. Some also think that it could be Anna Duggar and Josh Duggar as they never entered courtship. Meanwhile, fans are impressed by how the Duggars process their courtship in the most organized way. However, some think that it’s due to Jim Bob Duggar’s strict rules, especially when it comes to his kids.

Counting On: Who’s Currently Courting In The Family?

Counting On fans have been keeping their eyes close to the Duggars to see who’s currently courting. At this point, Jim Bob Duggar has yet to share if any of his kids are courting. However, there are reports stating that Jana Duggar is currently courting a pilot named Stephen Wissmann. Pictures of the two have scattered online as well, showing how close they are to each other. Jana and Stephen have yet to confirm their courtship. It’s even rumored that Jana and Stephen had to stop their courting due to Josh Duggar’s arrest.

It’s been quite some time since fast last heard a Duggar courted. However, fans are hoping that Jana is going to be the next to get married.