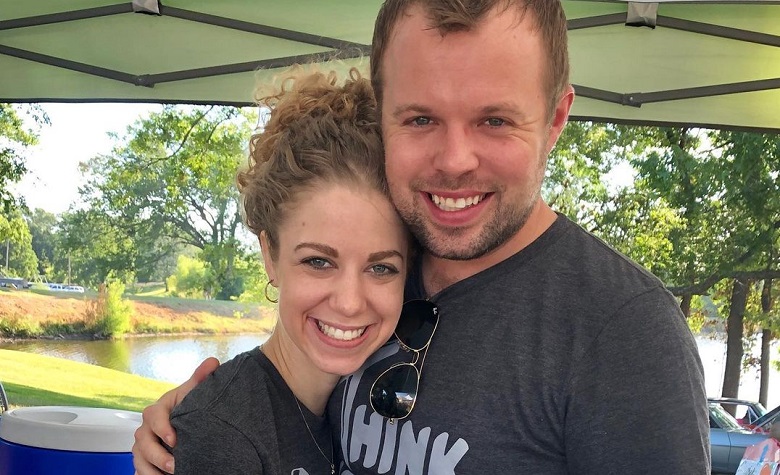 Counting On stars John Duggar and Abbie Duggar haven’t been keeping in touch with the fans on social media. According to some, the two are trying to shy away from all the recent controversies of the family. Some also think that Abbie doesn’t want to be a part of the family’s spotlight and wants to live a normal life with John. Now, John and Abbie surprise the fans with their recent outing to Wisconsin to watch an airshow.

In a social media post, Counting On stars John Duggar and Abbie Duggar shared pictures of them during their recent trip to Wisconsin. Apparently, John and Abbie traveled to Wisconsin to watch an airshow. The two also shared pictures of their daughter, Grace, enjoying her time in the airshow. They also put noise reduction earmuffs on their daughter to keep her comfortable during the event. This wasn’t the first time John and Abbie were seen attending an airshow. At one point, the two went to Florida with Jana Duggar to watch another airshow. Reports also claimed that Jana’s rumored pilot boyfriend, Stephen Wissmann, participated in the airshow.

Counting On stars John Duggar and Abbie Duggar have shown how much they love planes. Apparently, John is a pilot and is one of the first kids of Jim Bob Duggar to get certified. Reports also claimed that Jim Bob owns several expensive planes. One of them is the rumored Cirrus SR22, which cost approximately $764,900. Meanwhile, Abbie also shares her interest in planes. However, some think that she went too far and has defied some of Jim Bob’s strict family rules.

Counting On star Abbie Duggar received her student pilot certificate back in August 2020. However, she’s still prohibited from carrying passengers. Abbie is the first woman in the family to receive a pilot certificate. Meanwhile, fans think that Abbie defied the family’s tradition of being a wife. Apparently, most of the Duggar women are stay-at-home mothers. However, Abbie has been defying the family’s tradition ever since. According to reports, Abbie is also a registered nurse and has been one of the busiest women in the family. It also appears that Abbie has no interest in being in the family’s spotlight and wants to live her life normally. Due to this, they barely post anything on social media and haven’t been keeping in touch with the fans.