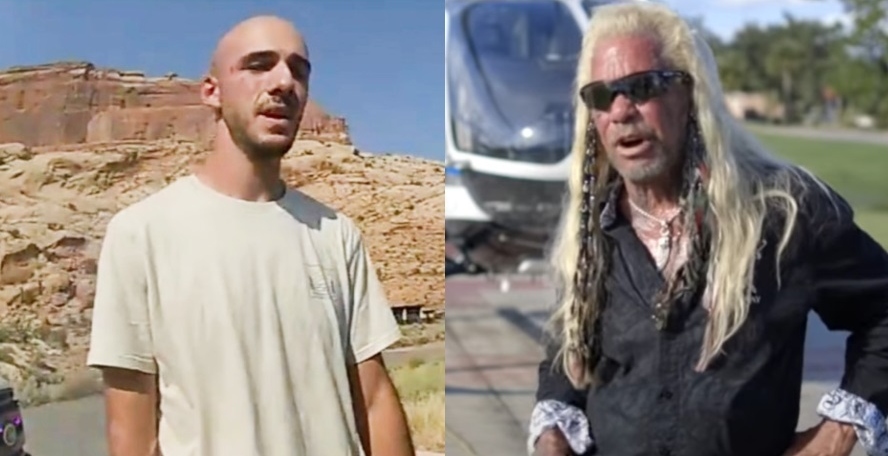 The search continues for Brian Laundrie as a person of interest in the death of Gabby Petito. Dog the Bounty Hunter joined the search last week and remains determined to bring Laundrie in alive. Duane Chapman, aka Dog, has been receiving thousands of tips regarding Brian Laundrie. However, it turns out that Dog is not sharing the tips with law enforcement. Why not?

Dog the Bounty Hunter is not sharing tips with FBI

Insider shared the details behind Dog the Bounty Hunter not sharing his thousands of tips with the FBI. All the leads aren’t great. However, there is a decent amount that are giving them good information. Chapman said, “We’re getting calls like crazy. I think the success of this bounty hunt is going to be the tip line.” He continued, “Over 2,000 calls and about 20% of them are positive leads.”

As it turns out not all the calls are tips. Some of the calls being received are well-wishers and offers of support. Chapman says that’s great but a fifth of those calls are good tips.

Dog was asked about whether or not he shares the tips with law enforcement. He said no. Chapman went on to explain that he can’t go to the police and ask for them to share their tips. Therefore, he said law enforcement does not come to him and ask him for leads either.

He noted that in all of his searches he rarely coordinate with the police. However, Dog did say, “Now if someone’s in a house and they start firing at us, then we call big brother, and they send out the SWAT and the dogs and get the guy.”

The search has continued throughout the weekend on the islands off the west coast of Florida. #justiceforgabby #brianlaundrie pic.twitter.com/j6AozoP6UL

Dog, aka Chapman, recently announced he is adding more money to the growing reward for Brian Laundrie’s capture. He is putting up 10 thousand of his own money as part of the reward.

Prior to Chapman adding 10k the reward fund stood at 170,000. Some people feel Dog is messing with police efforts in the search for Laundrie. In response to that, Dog’s spokesperson has said, “Whenever there is a case like this, people naturally send him messages and info because of his past track record as a bounty hunter.” They continued, “He and his wife, Francie, have been working tirelessly on all the leads pouring in and are glad to be able to help in some small way in the hopes that Brian Laundrie can be located.”

Anyone with information is asked to call and report it. The information can be shared by calling 1-833-TELL-DOG with tips. The FBI is also asking the public to contact 1-800-CALL-FBI with tips concerning Laundrie or Petito.