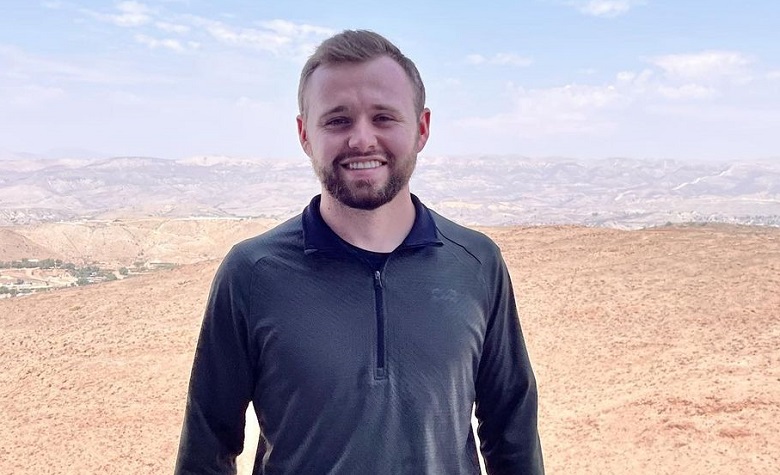 Counting On star Jason Duggar has been busy on social media lately. Apparently, Jason has been sharing his recent travels with his siblings, as well as, his new hobbies. At one point, Jason traveled to Los Angeles with Jana Duggar and James Duggar to visit their sister, Jinger Duggar. It also appears that Jason has been trying his best to keep in touch with his family. Now, Jason is back to share another activity with some of his siblings. This time, he went skydiving with his brother, Jeremiah Duggar.

In a social media post, Counting On star Jason Duggar shared pictures and clips of him skydiving with his brother, Jeremiah Duggar as well as a family friend. “Skydive Training! There’s nothing like seeing God’s creation under [the] canopy at 7,000 feet, so blessed to be able to jump with these guys!!!” Jason captioned. Apparently, Jeremiah works as a flight instructor and skydiving is one of the skills he must have. Meanwhile, Jason receives praises from the fans due to his adventurous lifestyle. “Wow! That looks like a blast!” one fan said. “Awesome!” another fan added.

Aside from skydiving, Counting On star Jason Duggar also revealed that he has a new hobby. Apparently, Jason has been having a blast filming using a drone. Jason even shared a clip of one of his drone shots. “Had some fun filming this short drone video collage!” Jason captioned. Fans also praised Jason’s work as it already looks professionally made. “So good jase! Love that!” one fan said. “That is so cool” another fan added. Aside from drones, Jason is also busy working on trailers. At one point, Jason shared pictures of him working on a large trailer and finishing it in a single day.

Counting On fans have been keeping their eyes close to Jason Duggar. Apparently, there are rumors stating that Jason is currently courting Kayla Whaley. According to reports, Jason and Kayla were at the same Dodgers game in Los Angeles. There were no pictures of the two together. However, fans think that they’re keeping it private for a while as the Duggars continue to face controversies due to Josh Duggar’s arrest.

At this point, Jason has yet to announce if he’s courting someone. However, fans think that he’s headed that way. According to some, Jason is financially stable enough to start a family. Will Jason finally find the missing piece in his life?

‘Counting On’: How Jill Duggar Is Staying Strong After Heartbreak
‘Counting On’: Did Jill Duggar Get A New Tattoo After Miscarriage?
‘Sister Wives’: Fans Are Doubting Christine Brown’s Move To Utah
Former Co-Worker Of Brian Laundrie Remembers Him As ‘Weirdo’
’90 Day Fiance’: Evelin Slams Haters Calling Her Cold-Hearted & Mean