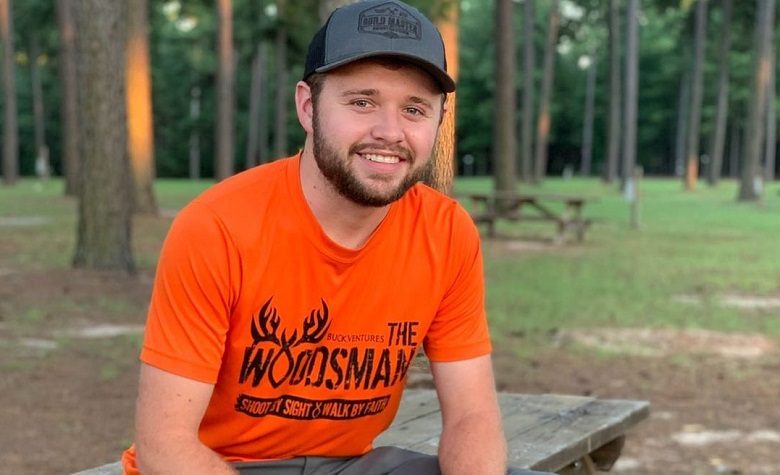 Counting On star Jason Duggar has been making headlines after his recent travels with some of his siblings. According to some, Jason and Jana Duggar have been trying their best to keep everyone on the same page. Apparently, reports claimed that the Duggars have been falling apart since Josh Duggar’s child porn arrest. Due to this, Jason and Jana tried their best to ease the stress that the family has been experiencing. It’s also known that Jason is one of the busiest sons of Jim Bob Duggar. Aside from keeping his family busy, Jason is also a licensed general contractor and also runs his own construction business. Now, Jason is back on social media to share his busy day working on a trailer.

In a social media post, Counting On star Jason Duggar shared pictures of him working on a trailer from start to finish. It’s clear to see that Jason has great crafting skills. Apparently, crafting and making DIY stuff have been long-time skills of the family. Some of Jason’s siblings also run their own construction and real estate businesses. Fans also noticed that the family have been doubling their efforts on making extra income after TLC canceled their show.

Despite his lack of social media presence, fans have been trying to finding ways to see if Counting On star Jason Duggar is courting someone. At this point, Jason has yet to confirm if he’s currently in a relationship. However, there are reports stating that he’s courting a woman named Kayla Whaley. Apparently, Kayla is a family friend of the Duggars. There are also reports stating that Kayla was with Jason during his Los Angeles trip with Jana Duggar and James Duggar.

Counting On: Jason & Jana’s Efforts To Keep In Touch With Siblings

Counting On fans have seen Jason Duggar and Jana Duggar’s efforts to keep their family active and happy. Most of the time, Jason and Jana travel with their parents and siblings. Recently, Jason and Jana traveled to Los Angeles to pay a visit to Jinger Duggar, who hasn’t seen the family for quite some time. Jana also made efforts to visit Jill Duggar to celebrate Sam’s birthday. Jim Bob Duggar and Michelle Duggar also took social media to share the family’s recent travels.

‘Counting On’: Did Anna Duggar Already Give Birth To Seventh Child?
‘Sister Wives’: Will Season 16 Be The End Of The Franchise?
Conor McGregor Is Accused Of Decking Roman DJ
‘Sister Wives’: Meri Praised For Sweet Gesture After Surprising A Friend
Princess Charlotte: ‘Richest’ Young Royal, Estimated Net Worth Of $5 Billion