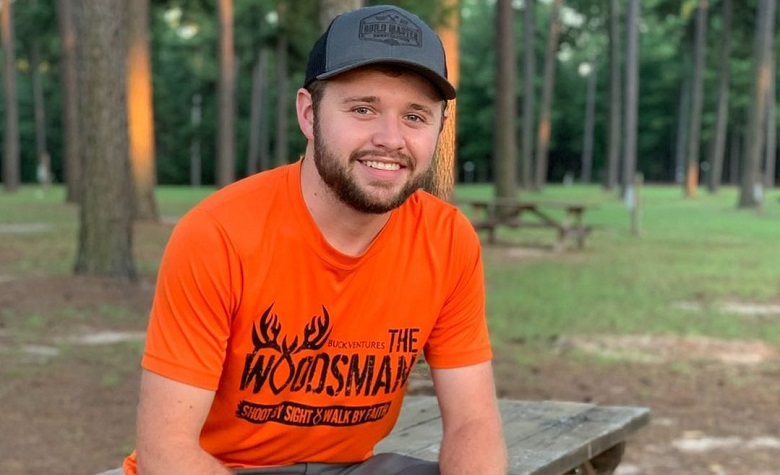 Counting On star Justin Duggar and his wife Claire Spivey have finally settled down after a couple of busy weeks following their wedding. Meanwhile, fans are claiming that Jason Duggar is dating one of the Spiveys. However, Claire’s mother, Hilary Spivey, has something to say about it. Apparently, Hilary is known for being straightforward on social media. She’s also the one who leaked Justin and Claire’s wedding date. Furthermore, Hilary is a very protective parent especially when it comes to her kids. At one point, she slammed a troll saying that her daughter Claire is immature.

Counting On: Jason Duggar Rumored To Be Dating One Of Hilary Spivey’s Daughters

Counting On fans have been speculating that Jason Duggar might be dating one of Hilary Spivey’s daughters. It all started when Hilary shared a picture on social media with Jason standing next to her son Robert. “After a tough week of adjusting to Claire being gone….this guy walked through the back door Friday night,” Hilary captioned. “What a surprise. We love you Jason!” she added.

After that, fans started speculating about the sudden appearance of Jason in the Spivey family’s photos. One fan commented, “Are you adopting this one as well? Possibly arranging something with your other daughter.” Meanwhile, some fans share their excitement to see how close the Spiveys are to the Duggars. “I love how close you guys are with the Duggars! @hilaryspivey” one fan said.

Counting On star Jason Duggar has yet to share his comments about his rumored dating with one of Hilary Spivey’s daughters. However, Hilary already made it clear that Jason is not dating any of her daughters. “We would love to have Jason in our fam but no, our gal is too young,” Hilary said. “we do say that he is part of the fam now that Justin and Claire are married. Friends come and go but family is forever,” she added. Meanwhile, fans have been asking Hilary about where did Justin and Claire settle. However, she doesn’t reply to the questions and it appears that the Duggars are keeping it private as well. Hilary also made headlines after she opened up about the maskless wedding of Justin and Claire amid the raging Covid-19.

In a social media post, Hilary Spivey shared photos from the wedding reception of Counting On stars Justin Duggar and Claire Spivey. Hilary is one of the first persons to share pictures from the wedding. Apparently, Justin only showed a teaser video from their wedding and hasn’t released it yet until now. Hilary’s photos show her and her husband enjoying their time with Jim Bob Duggar and Michelle Duggar. Meanwhile, fans were surprised to see Justin and Claire picking make-your-own tacos for their reception foods.