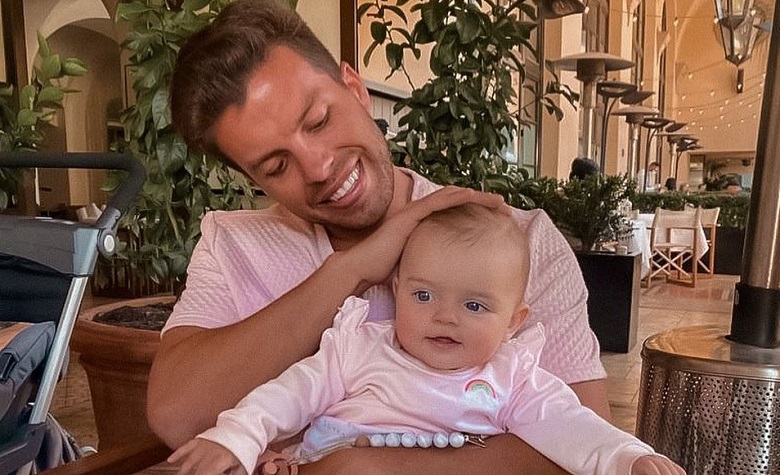 90 Day Fiance star Jovi Dufren has been making headlines due to his newfound maturity online. Apparently, fans have been praising Jovi for proving how much he loves his family. Fans didn’t expect Jovi’s sudden change in a short amount of time. Most of the time, fans thought that he’d go partying and drinking during his free time. Instead, fans saw him helping others and giving most of his time to his family, especially to his daughter, Mylah. Some even called Jovi a “girl dad” and it seems that he’s loving it a lot.

90 Day Fiance: Jovi Dufren Shares How He Feels Being A Girl Dad

In a social media Q&A, 90 Day Fiance star Jovi Dufren answered a question about how he feels being a girl dad. “Really the best thing ever. And no, I’m not being sarcastic. Loving every moment of it,” Jovi said. It’s clear to see that Jovi is loving his life of being a father to Mylah. Jovi also promised Mylah that he’ll bring her to his future travels around the world when she’s at the right age. Fans also think that Jovi’s life of being a father helped him become mature.

Despite showing his newfound maturity online, 90 Day Fiance star Jovi Dufren revealed that he still loves his past hobbies. One of which is going to strip clubs. Apparently, a fan asked Jovi if his perspective on strip clubs has changed since Mylah’s arrival. “Absolutely not. I will always love strip clubs,” Jovi answered. However, despite his answer, fans have yet to see Jovi visiting any clubs lately. Instead, he’s been with his daughter and wife a lot.

90 Day Fiance: Where Are They Now?

90 Day Fiance star Yara Zaya previously revealed that she and Jovi Dufren have decided to move Apparently, Hurricane Ida devastated New Orleans and Yara thinks that it’s the best time to leave. However, before they did that, Yara and Jovi helped the victims in their hometown. It’s also one of the main reasons why fans think that Jovi has become more mature. At this point, Jovi and Yara have yet to share where would they move. However, NYC, Los Angeles, and Dallas have been on the list of their choices.

Jovi and Yara are still in New Orleans. However, the two often leave and stay in luxurious hotels. Jovi recently took social media as well to share that they visited a beach. Meanwhile, fans think that it’s only a matter of time before they decide to move.