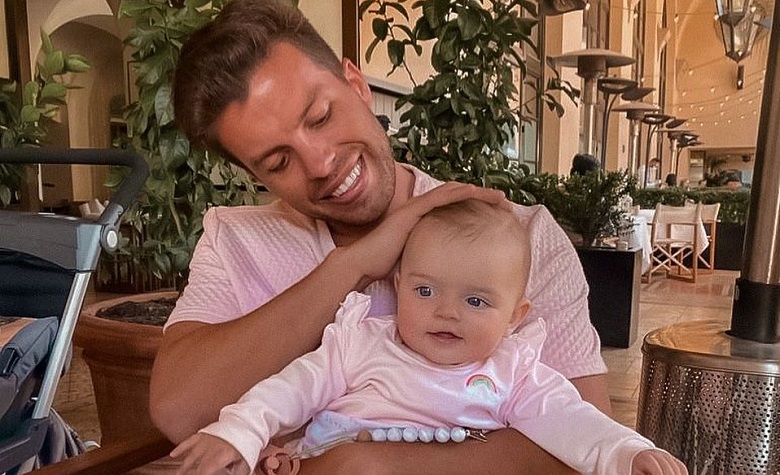 90 Day Fiance star Jovi Dufren has been receiving praises from the fans due to his newfound maturity. Apparently, fans have seen Jovi doing his best to help the victims of Hurricane Ida in New Orleans. Fans also noticed that he’s becoming a full-time father, which is way different than his partygoer lifestyle. Now, Jovi is back on social media to showcase his fatherly love. Apparently, Jovi shared a wholesome story of him reading a book to his daughter, Mylah.

In a social media post, 90 Day Fiance star Jovi Dufren shared a wholesome story of him reading a book to Mylah. “Love this picture for some reason. I don’t read to her nearly as much as I should. I need to make it more of a habit,” Jovi said. “Sometimes we get caught up in life and forget what’s most important,” he added. Moments later, fans took to Jovi’s comment section to praise his efforts for Mylah. He also loves to bring his daughter to different places. He even said that Mylah has already traveled to six different states. The star promised that he’ll bring Mylah to his future travels to different countries.

90 Day Fiance star Jovi Dufren is known for his rebellious lifestyle during his early days with Yara Zaya. Most of the time, Jovi goes to parties and drinks a lot of alcohol. It even came to the point where fans thought that he has a drinking problem. However, all of that changed when Mylah arrived in his life. Now, Jovi has been posting nothing but pictures of his wife and daughter. He’s spending most of his time with his family instead of going to parties.

Aside from Jovi Dufren, 90 Day Fiance fans also love how Yara Zaya keeps in touch with the fans by sharing hilarious stories online. There are times where Yara shares inspirational stories that she’s been experiencing lately. Recently, Yara shared that regular exercise has been helping her emotionally. “I noticed that for the last 2 months I have become calmer and I don’t cry every day anymore because I want to go home,” Yara said. “Sports and meditation help get rid of all negative energy,” she adds. Yara also said that being physically active helped her get motivated to work harder on her business.

Jovi and Yara have shown the fans that patience and understanding are very important in a relationship. It’s clear to see that they’re now one of the most successful couples in the show. Due to this, it’s safe to say that fans will hear from them again in the future 90 Day spinoffs.