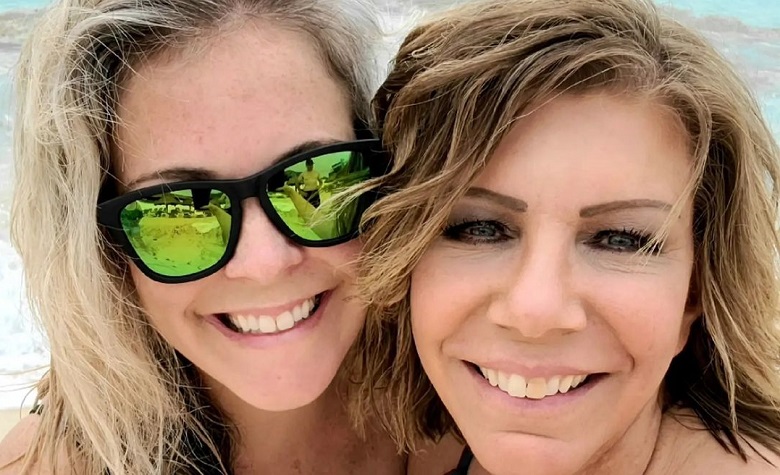 Sister Wives star Meri Brown recently went headlines after going on a vacation in Cancun, Mexico. Apparently, Meri said that her trip is for her to relieve stress and a much-needed break. According to some, Meri is shying away from her stressful plural family in Flagstaff. Fans also think that it’s Meri’s way to stay away from Kody Brown as their relationship continues to fail. Now, Meri took social media to announce that she’s finally back. Meri also shared an emotional message about what she learned during her stay in Mexico.

In a social media post, Sister Wives star Meri Brown shared an emotional message as she finally head back home after her Mexico vacation. According to Meri, she didn’t expect how much her vacation would help her emotionally and mentally. “Little did I know that I would end up finding myself in a way I didn’t expect, let alone, finding lifelong friends along the way!” she added. Meri is also thankful for the friends she made during her stay in Mexico.

Aside from that, Meri said that she’s honored and thankful for being a part of the LuLaRoe family. According to Meri, her business partners are more like a family to her as they helped her get through the hard times. “I am forever grateful for the past five years of my life, the friends and teammates I’ve met along the way, and looking forward to what lies ahead,” Meri added.

Meri Is Back In Flagstaff

Sister Wives star Meri Brown is back in her weekly segment with her friend, Jen. Meri also revealed that she’s now in Flagstaff. However, Meri has yet to talk about the other wives and Kody Brown. According to some, Meri is still having issues with the plural family.

Others also speculated that Meri is not allowed to talk that much about the family due to their upcoming season, which will premiere on November 21, 2021.

Meanwhile, it appears that Meri had so much fun branching out of the family for a while. Due to this, fans can expect that Meri would try to go on a vacation again far from Kody and the wives.

Sister Wives star Meri Brown is also back with her weekly segment on social media. However, this time, fans think that Meri is shading Robyn Brown and her biggest issue with the family. “When you try to control everything, you enjoy nothing,” Meri said. “Sometimes you just need to relax, breath, let go and live in the moment,” she added.

It’s no secret that Robyn’s controlling behavior has been a problem for many. Fans also think that Robyn manipulated the family, and is one of the main reasons why they’re in Flagstaff.

’90 Day Fiance’: Yara Shares How Long It Took Her To Get A License
’90 Day Fiance’: Deavan ‘Annoyed’ By Low Visitors On Her Social Media
‘Sister Wives’: Christine Brown Decorates House Amid Selling Rumors
‘Counting On’: Joy-Anna & Austin Builds Tree Swing For The Kids
Meri Brown Says She Let Go Of Her Relationships After Mexico Vacation