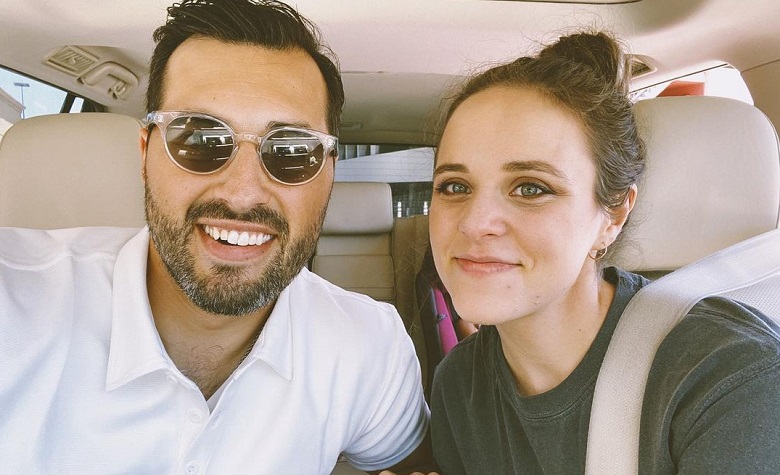 Counting On star Jinger Duggar recently went headlines after cutting her hair short. Apparently, the Duggar girls follow strict biblical beliefs about not cutting their hair short. However, as years go by, fans noticed that Jim Bob Duggar’s daughters start cutting their hair and even began to wear pants. Jinger also loves to share pictures of her showing off her fresh new look. However, after a recent photo she shared, some think that Jinger looks unhealthy and unhappy.

In a social media post, Counting On star Jeremy Vuolo shared a picture of his wife, Jinger Duggar, sitting in a water fountain while wearing a trendy fashion. Fans noticed and praised Jinger’s amazing style that keeps getting better throughout the years.

“Love how her fashion style has changed drastically since living with mom and dad,” one fan said.

However, some noticed that Jinger is starting to look skinnier, and it’s starting to look unhealthy. Fans on Reddit also discussed Jinger’s drastic changes in just a short amount of time. “She gets skinnier and skinnier in every pic,” one fan said. “Jinger looks scary thin,” another fan added.

Jinger Has Been Working Out

Counting On star Jinger Duggar recently took social media to share a picture from her workout routine with one of her daughters. This may also explain why she’s been losing so much weight lately. Some also suggested that Jinger’s new haircut made her look skinnier. Fans know that Jinger loves food, especially dinner dates with her husband, Jeremy Vuolo. Due to this, it’s probably safe to say that she’s been living a healthy lifestyle, and she’s not going through any serious problems at all.

Counting On: Jinger Duggar Says She Was Re-Baptized

In a social media post, Counting On star Jinger Duggar announced that she just got re-baptized. According to Jinger, she was already baptized at the age of 11. However, she came to know and love Jesus at the age of 14.

“On Sunday, I was able to publicly declare that I have been joined to Jesus Christ in his life, death, and resurrection,” Jinger added. Families and friends also took Jinger’s comment section to commend and her for being such a great example to the younger generation. Meanwhile, Jeremy Vuolo has been sharing his busy life as a priest. He also loves to share words of wisdom and biblical quotes on social media.