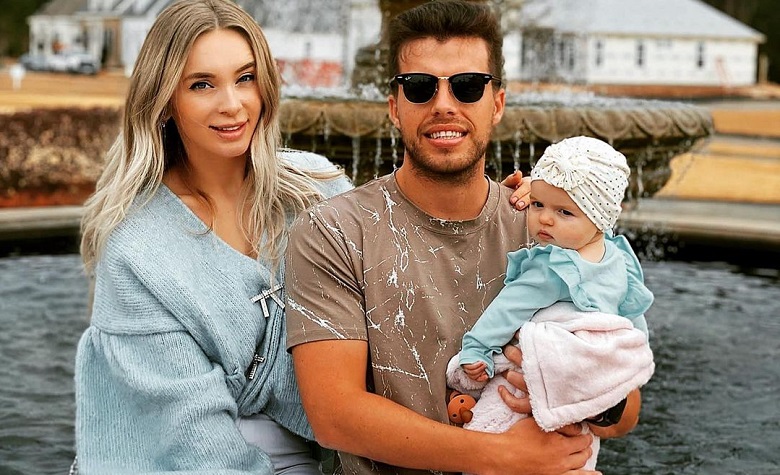 90 Day Fiance star Jovi Dufren recently took social media to announce that they’re finally back in New Orleans. Apparently, Jovi and Yara Zaya evacuated NOLA due to Hurricane Ida. The two stayed in Dallas with their daughter, Mylah. Now, Jovi is back to share an emotional message as they return to their home. Jovi and Yara are also trying their best to send help to those who are affected by the hurricane. Meanwhile, Yara revealed that her online clothes shop is finally back in operation.

In a social media post, 90 Day Fiance star Jovi Dufren shared an emotional message about their return to New Orleans. According to Jovi, many are still living in NOLA without power. However, he’s amazed that people have been helping each other during the hard times. Jovi is also thankful for the number of people setting up donation centers. “It is absolutely incredible to see the people come together to get through this hard time,” Jovi added. Jovi also shared clips of falling trees and destroyed houses as they head back home.

Aside from sharing an emotional message, 90 Day Fiance star Jovi Dufren also shared an update about their current living condition. According to Jovi, they’re finally back home and they also have power. However, NOLA currently has limited connectivity due to Hurricane Ida.  Jovi is also happy that their hometown already has electricity for Mylah. “Things are really bad in the areas surrounding our home,” Jovi said. “It was a crazy thing to see on the drive in,” he added.

In a social media post, 90 Day Fiance star Yara Zaya shared an update about the return of her online clothes shop. Apparently, Yara had to stop the operations of her online clothes shop due to Hurricane Ida and her tight schedules. Now, Yara is finally back and encourages her fans to start ordering again. Yara even said that the green dress that she wore during Tell-All will also go on sale in her shop. Yara’s online clothes shop has received criticisms months ago due to her alleged price gouging on her black leather jacket. However, Yara insisted that the price is just right and she’s the one who made the design.