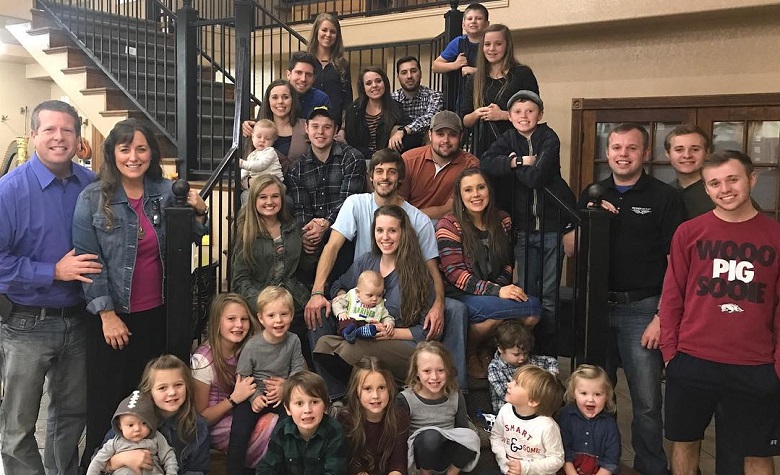 Counting On: The Duggars Reportedly Splitting Apart Amid Josh’s Arrest

According to an insider close to the Duggars, Counting On star Josh Duggar’s arrest caused major stress to the family. The insider also claimed that they aren’t close as they were since Josh’s arrest. “The majority of the family is acting like nothing has happened,” the insider added. Apparently, fans have seen how silent Jim Bob Duggar and Michelle Duggar have become since the arrest of Josh. Most of the time, the two only post birthday greetings on their official social media page. Most of the Duggars also turned off their comment section to avoid questions about Josh.

The Duggar Kids Are Starting To Distance Themselves From The Family

Counting On fans have seen some of the Duggar kids distancing themselves from the family. According to reports, the Duggar kids are starting to realize the wrongdoings of their parents. Apparently, Jill Duggar has estranged herself from the Duggar family for years. According to Jill, they decided to leave due to the lack of freedom they had during the show. “We ended up finding out we didn’t have as much control over our lives as it related to the show and stuff, as we felt like we needed,” Jill said. “It was a really difficult decision, but something that we knew we needed to do for our family,” she added.

Jill’s move was also followed by Jinger Duggar in 2016, where she and her husband, Jeremy Vuolo, moved to Los Angeles. Justin Duggar also moved to Texas with his wife, Claire Duggar. There are also reports stating that Justin left his father’s real estate business and joined the Spivey family’s construction business.

Counting On star Anna Duggar has been silent regarding the child porn arrest of her husband, Josh Duggar. However, there are reports stating that she’s been visiting Josh with the kids. Reports also claimed that the Rebers have been helping Anna with the kids, especially now that she’s pregnant with her seventh child. Meanwhile, Josh and his lawyers have been trying to defend his case. According to Josh’s lawyers, federal investigators failed to preserve potentially exculpatory evidence. Josh’s lawyers also claimed that some of the secretaries in the U.S. Department of Homeland Security were not properly appointed during the investigation.