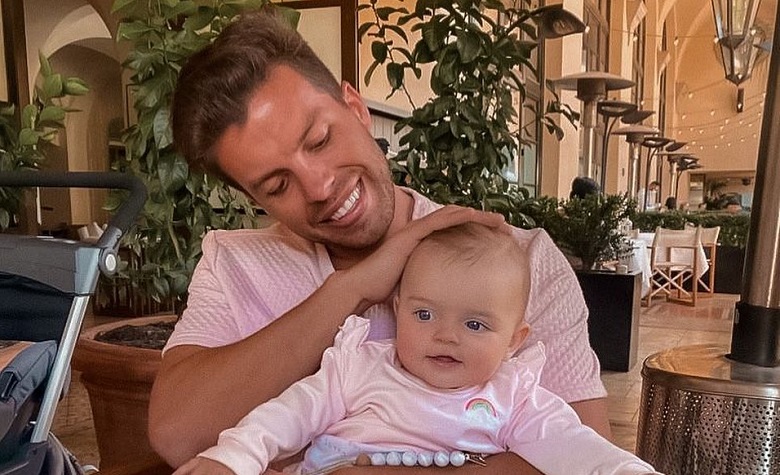 90 Day Fiance star Jovi Dufren is celebrating his birthday in the sweetest way. Apparently, Jovi shared sweet clips of him playing with his daughter during his birthday. Yara Zaya also took social media to share clips from their lunch in a fancy restaurant to celebrate Jovi’s birthday. Fans also noticed that Jovi celebrated his birthday in an unusual way. Apparently, fans expected that Jovi would hold a party and invite his friends. However, it seems that Jovi prioritized his family first, especially his daughter.

In a social media post, 90 Day Fiance star Jovi Dufren shared a clip of him playing with his daughter, Mylah, during his birthday. The clip also shows how big Mylah has become, and she can almost walk on her own. “Getting way too big way too fast. Slowly getting closer to walking,” Jovi said. Moments later, Yara Zaya took Jovi’s comment section to wish him a happy birthday. “Happy birthday best daddy,” Yara said. Fans also followed and greeted Jovi for his birthday.

In a social media post, 90 Day Fiance star Jovi Dufren shared a hilarious clip with Yara Zaya making fun of Angela Deem arguing with Michael Ilesanmi’s aunt, Lydia. During the clip, Yara and Jovi acted like Angela is upstairs arguing with someone. Moments later, Jovi tried to carry Yara over his neck so they could listen well to the arguments. However, Jovi and Yara ended up falling and fans can’t help but laugh. “This is great. Yara, you falling laughing and smiling was perfect,” one fan said. “You guys are so freaking funny!” another fan added.

In a social media post, 90 Day Fiance star Jovi Dufren revealed that he celebrated his birthday by himself. According to Jovi, he’s now in a “dad life,” which means that he can no longer leave his daughter for parties. Jovi also shared a picture of a bottle of wine while being alone in their living room. It appears that Jovi has left his past life of being a party-goer. Fans are also happy about how Yara Zaya changed Jovi’s life, especially when their daughter, Mylah, arrived.