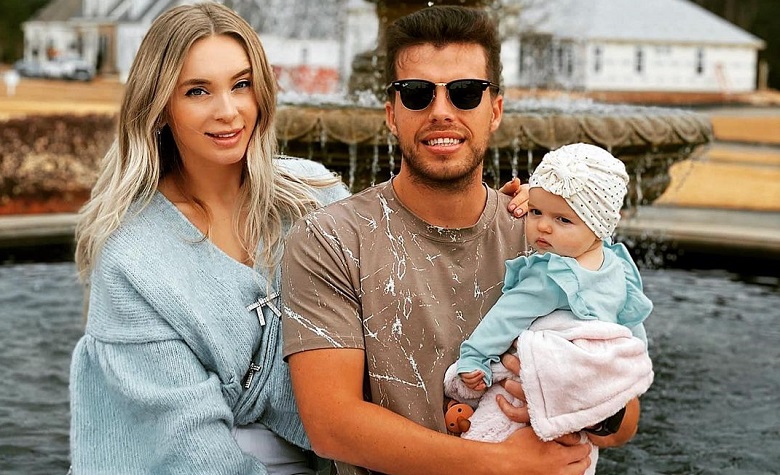 90 Day Fiance star Jovi Dufren has been sharing his travel stories on social media. Apparently, Jovi has already visited tons of countries around the world due to his underwater robotics job. Now, Jovi took social media to share his new travel partner aside from his wife, Yara Zaya. It’s none other than his daughter, Mylah. Apparently, Jovi has been on short rest from his travels after becoming a busy father. However, it appears that he’s slowly getting back on track with his adventures and it seems that he’ll always bring his daughter with him.

In a social media post, 90 Day Fiance star Jovi Dufren shared a sweet picture of him and his daughter, Mylah. “Mylah takes on Beverly Hills for the first time,” Jovi said. Apparently, Jovi and his wife, Yara Zaya, have been traveling around the U.S. to find a place to call home. Fans are also amazed that Mylah is already traveling to many places at a very young age. Meanwhile, fans took Jovi’s comment section to talk about how Mylah looks a lot like her mother. “She’s starting to really favor her beautiful Mother,” one fan said. “She’s a beautiful baby. Def looking more like Mom,” another fan added.

Jovi Shares How Many Stamps His Passport Has

In a social media post, 90 Day Fiance star Jovi Dufren shared a clip of him showing off his stamp-filled passport. “Everybody’s been wanting to see my passport so here ya go!! had to trim the video so you don’t get to see all of it,” Jovi said. Fans are also amazed by Jovi’s passport. Meanwhile, a fan asked Jovi if he had already been to all the continents. “Have you gotten all of the continents as yet?” the fan asked. “Still need Antarctica. One day!” Jovi answered.

90 Day Fiance star Jovi Dufren recently took social media to announce that he’s about to travel again soon. However, this time, it appears that he’s bringing Yara Zaya and Mylah with him. According to Jovi, he’s going to bring Mylah to his adventures when she grows. However, it appears that he’s already preparing Mylah to travel a lot at a very young age. Meanwhile, Jovi and Yara previously announced that they’re going to document their latest travels together. They already shared their New York trip and fans can’t wait for a new travel vlog.