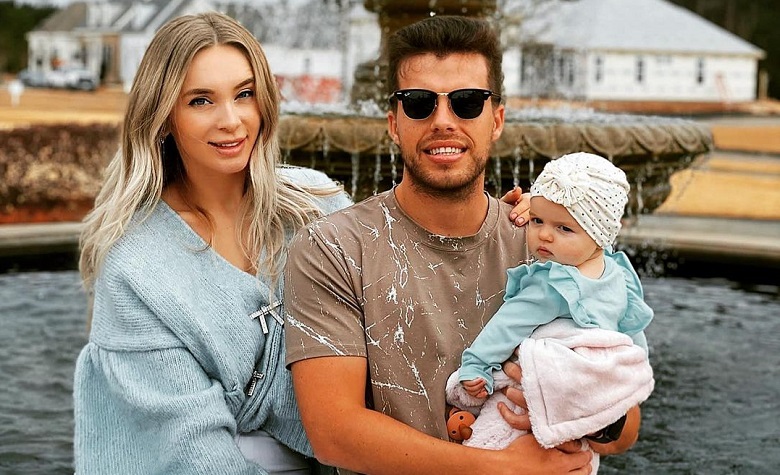 90 Day Fiance star Jovi Dufren recently went headlines after celebrating a new milestone in his social media account. Apparently, Jovi has reached 200K followers on Instagram. According to him, he’s thankful for all the supports he and Yara Zaya have been receiving. Now, Jovi is back on social media to share interesting stories about his family, especially with his daughter, Mylah. According to Jovi, Mylah has already visited a good amount of states at a very young age.

In a social media post, 90 Day Fiance star Jovi Dufren shared a picture of him relaxing at the beach with his daughter, Mylah. “Baby girl enjoying her time on the beach,” Jovi captioned. After that, Jovi shared an interesting story about how many states Mylah has already visited. “She’s already traveled to 6 states, with so much more to come in her future. I’m so excited for her to see the world,” Jovi said. Apparently, Jovi and his wife, Yara Zaya, have been traveling around the U.S. to find a place to call home. They also bring Mylah with them throughout their travels. Meanwhile, fans can’t wait to see Mylah’s future adventures with his father, especially when they start traveling to different countries.

90 Day Fiance fans have seen Jovi Dufren struggling with Yara Zaya’s parenting issues. Apparently, fans think that Yara became so attached to Mylah during the show to the point that she doesn’t want anyone to touch her. Fans also think that Jovi is struggling on showing his parenting skills as Yara won’t hand Mylah to him. Yara has been criticized by Jovi’s family as well due to her attachment to Mylah. However, fans think that it’s a natural behavior for Yara, especially after her devastating experience of miscarriage.

After sharing his sweet beach time with Mylah, 90 Day Fiance fans took Jovi Dufren’s comment section to call him out for his recent strip club controversy. Apparently, Jovi shocked the fans during the latest episode of 90 Day Fiancé: Happily Ever After? where he blew a kiss to one of the strippers in the club. What’s more shocking is that Yara Zaya is with him during that time. Jovi’s improper behavior caused Yara to slap him and walk out of the club. Now, fans are very upset about what Jovi did. “What married dad makes his wife go to the strip club and is blowing kisses to the strippers in front of her lmao you do not deserve Yara bro,” one fan said. “Please think of your baby girl before you give any more cash to exploited strippers. Sad,” another fan added.

‘Sister Wives’: Fans Want TLC To Go All Out On The Brown Family
’90 Day Fiance’: How Yara Zaya Makes Her Money
‘Sister Wives’: Janelle Sparks Split Rumors With Kody For THIS Reason
‘Counting On’: The Duggars Are Only Making Things Worse For Josh?
‘Counting On’: Amy Duggar Calls Out Anna For This Reason