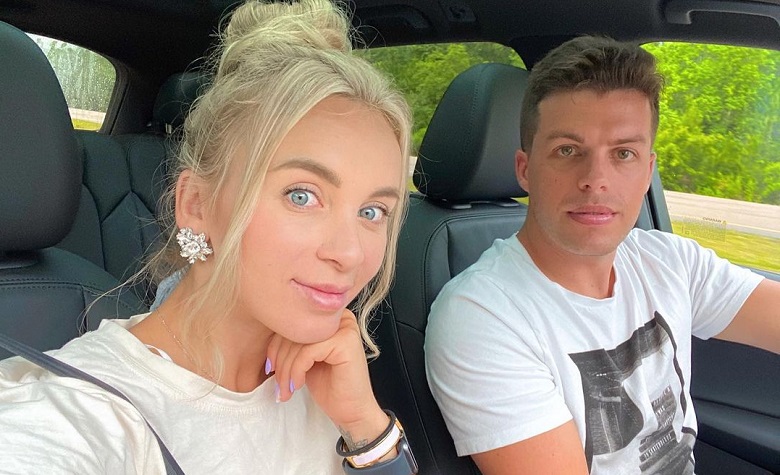 90 Day Fiance stars Jovi Dufren and Yara Zaya have been traveling a lot lately. Apparently, the two recently went to Nashville to celebrate Father’s Day. Aside from that, Jovi and Yara also visited a beach earlier this month. Now, Jovi and Yara are back once again with their travels as they went to their friend’s birthday party. Yara also shared some funny conversations with Jovi. Meanwhile, fans praised Jovi and Yara for their good parenting.

In a social media post, 90 Day Fiance star Yara Zaya shared pictures from their latest family bonding time. “Family time with @jovid11,” Yara captioned. Apparently, Yara and Jovi Dufren went to a friend’s birthday party. The two also brought Mylah with them. Yara also shared a picture of Jovi and Mylah in a swimming pool. Jovi also took social media to share that Mylah is loving the water so much.

Jovi and Yara have been traveling a lot lately. Yara has been showing signs of moving to NYC as well. At one point, Yara told the fans that NYC makes her feel so happy. At this point, Jovi and Yara have yet to confirm if they’re moving.

90 Day Fiance star Yara Zaya shared several clips of her hilarious conversations with Jovi Dufren. Apparently, Yara shared a clip of Mylah raising her feet in the baby stroller. After that, Jovi said that Mylah is acting like her mother when she’s sitting in the car. Yara also shared a clip of Jovi having so much fun seeing a “stripper balloon” at the birthday party. Jovi also shared a picture of the balloon and said, “Even found a stripper at a kids birthday party.”

Aside from their fun time at the birthday party, 90 Day Fiance stars Jovi Dufren and Yara Zaya also shared how they never left a sight on their daughter, Mylah. In a social media post, Yara shared a clip of Jovi almost falling asleep while hugging Mylah. Moments later, Jovi woke up and Mylah threw his phone. However, he never got mad and just smiled at his daughter. Meanwhile, fans took Jovi’s comment section to praise them for their good parenting. “You’ve come a long way in your life Jovi. Keep up the good work,” one fan said. “Such good parents you and Yara are,” another fan added.