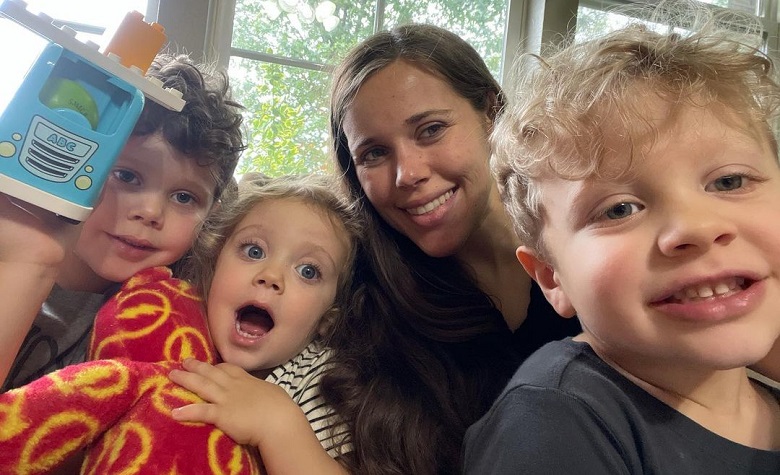 Counting On star Jessa Duggar has been silent on social media after giving birth to her fourth child, Fern. It appears that Jessa is still busy taking good care of her newborn daughter. However, it seems that Jessa can’t help but share wholesome moments with her kids. Apparently, Jessa took social media to share a cute moment of her daughter, Ivy, wrapping her hair in a towel for the very first time. Meanwhile, fans can’t wait for Jessa to share more pictures of Fern, especially now that they’re back home after having a hospital birth.

In a social media post, Counting On star Jessa Duggar shared a wholesome clip of Ivy enjoying her first time wrapping her hair in a towel. “First time having her hair up in a towel!” Jessa said. During the clip, Ivy can be seen looking at the mirror while smiling as she curiously observes her wrapped hair. Moments later, Ivy removed the towel and laughed after seeing her heir very wet. Fans also took Jessa’s comment section to talk about how cute Ivy was in the clip. “She is so adorable!!” one fan said. “Awww so CUTE” another fan added.

Jessa’s Wholesome Stories With Her Kids

Counting On star Jessa Duggar has been sharing her wholesome moments with her kids on social media, especially after TLC cut ties with them. It appears that Jessa still wants to share their lives with the fans despite having their show canceled. Now, Jessa has more to share after giving birth to her fourth child, Fern. Apparently, Jessa already shared her 3-part video of her birth to Fern. Jessa also took social media recently to share cute pictures of Fern smiling. At this point, Jessa has yet to share new updates about her newborn daughter.

Counting On fans noticed that Jim Bob Duggar and Michelle Duggar suddenly went inactive on social media after the arrival of Jessa Duggar’s daughter, Fern. According to some, the Duggars are busy celebrating the arrival of Fern. Fans were also amazed after Jim Bob announced that Fern arrived on the day of his birthday, which makes it a double celebration. Now, Jim Bob finally surfaced on social media after a busy week. Apparently, Jim Bob shared a beautiful timelapse clip from their land. “Jackson took this time-lapse video of the sunset from our backyard! Beautiful!!” Jim Bob said, followed by a bible verse from Psalm 19:1.