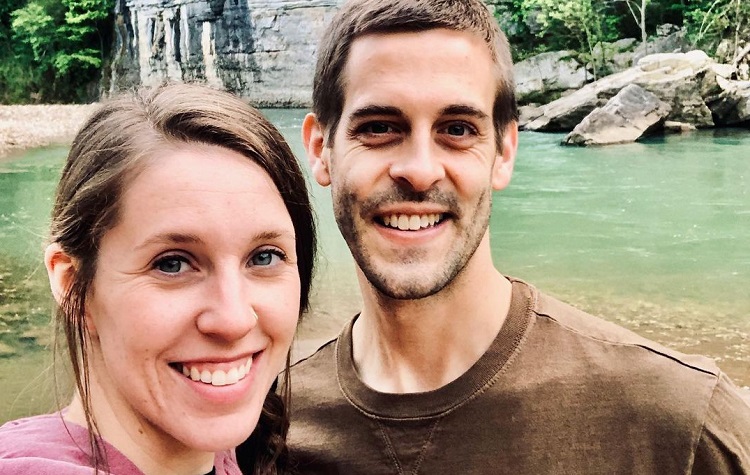 Counting On star Jill Duggar has been sharing wholesome stories from her family lately. Apparently, Jill and her kids left the fans in awe during their recent rainy day adventures. Now, Jill just took social media to share her sweet message to her husband, Derick Dillard. After that, Jill took her comments section to talk about how trust is earned sometimes. It’s no secret that Jill’s brother, Josh Duggar, is currently under house arrest due to his ongoing child porn case. Due to this, fans think that Jill is referring to her brother, who may struggle a lot on earning the trust of his family due to his immoral acts. Meanwhile, fans can’t get enough of Derick’s recent wholesome post about the relationship of his son Israel, and their family dog, Fenna.

In a social media post, Counting On star Jill Duggar shared a throwback picture with her husband, Derick Dillard. “My favorite place is wherever you are @derickdillard Thanks for being my man + my greatest supporter!” Jill captioned. “Who is your greatest support? Tag them below,” she added. Moments later, a fan opened up to Jill’s comment section saying that they don’t trust anyone. After that, Jill replied to the fan by saying,  “I hear you. Trust definitely has to be earned sometimes.”

Counting On star Jill Duggar previously went headlines after sharing a wholesome milestone of her son, Israel. Apparently, Jill revealed that Israel accidentally removed his firth tooth. Now, Jill took social media to share that Israel just lost his second tooth. “This happy kid lost his 2nd tooth last night!” Jill said. Aside from that, Jill also revealed that they were visited by a family friend, although she didn’t exactly reveal the purpose of their visit.

In a social media post, Counting On star Derick Dillard shared a picture of their dog, Fenna, surrounded by books. “Israel displayed all the books he read to our dog, Fenna! Reading to dogs is supposed to help a child’s reading ability, and I’m pretty sure Fenna enjoys it too!” Derick captioned. Fans also noticed that Fenna’s neck is injured. Moments later, Derick revealed that Fenna had neck surgery and they’re trying to keep her from breaking her stitches.