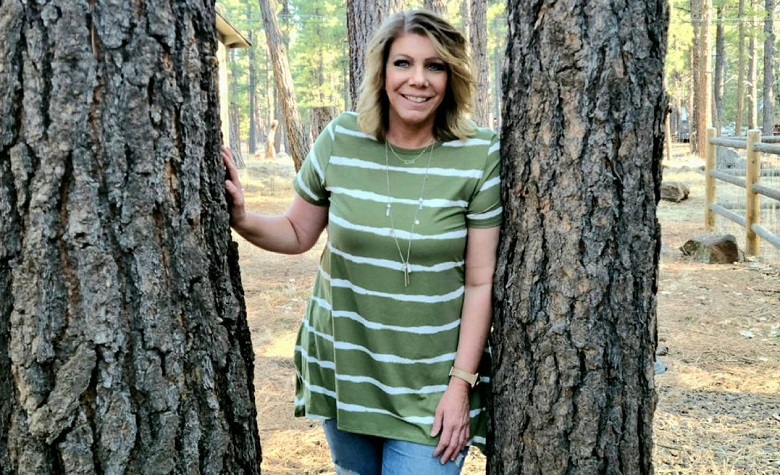 Sister Wives star Meri Brown has been sharing cryptic posts on her social media lately. Apparently, Meri’s cryptic messages come after the reopening of her B&B in Utah. One of Meri’s recent puzzling posts is about forgetting the past. It’s no secret that Meri and Kody Brown had a rough past, especially after Meri’s catfishing scandal back in 2015. Since then, the two never seemed to recover from their relationship.

Now, Meri shared another quote that talks about how life is too short and how people should enjoy their lives each day. Fans also think that Meri is considering leaving the plural family in Flagstaff and return to Utah for good. After that, Meri talked about how she won’t let anyone bring her down, which seems to point fingers at Kody.

In a social media post, Sister Wives star Meri Brown shared a quote that talks about how life is too short and people should always enjoy their lives. Apparently, Meri has been through a lot this year, especially after the passing of her mother, Bonnie. However, Meri has been an inspiration to many due to her strength and how she handles all the pain in her life. It’s known that Meri has been talking to her friend on a live video chat every Friday on social media, which helped her a lot in her recovery. Meri also loves to share motivational quotes to strengthen herself.

Meri also talked about how she won’t let anyone bring her down. Apparently, Kody Brown previously revealed that he and Meri are no longer spending the night together. Kody also admitted that his relationship with Meri has been distant and amicable for years. However, it appears that Meri doesn’t mind her dissolving relationship with Kody as she focuses on her B&B in Utah.

Meri Says Everyone Is Born To Help Each Other

Sister Wives star Meri Brown is known for being one of the most independent wives of Kody Brown. She currently runs her own bed and breakfast in Utah as well as an online clothes shop. However, it appears that Meri still wants the support of her plural family. In a social media post, Meri shared a quote that talks about how everyone is born to help each other. “No matter how difficult it is, Life is good when you are happy; but much better when others are happy because of you,” Meri added. However, despite looking like she wants to restore her relationship with the family, nothing appears to improve throughout the years, especially during their latest season.

Sister Wives fans have been telling Meri Brown to leave Kody Brown as their relationship no longer functions. Now, it appears that Meri is considering leaving the family after her recent post about reopening her B&B in Utah. Apparently, Meri thanked a lot of people who helped her throughout the process of reopening her B&B. However, fans noticed that Meri didn’t mention Kody and the other wives in her post. Due to this, fans think that they’re still in a feud and Meri is already making plans on leaving Flagstaff.