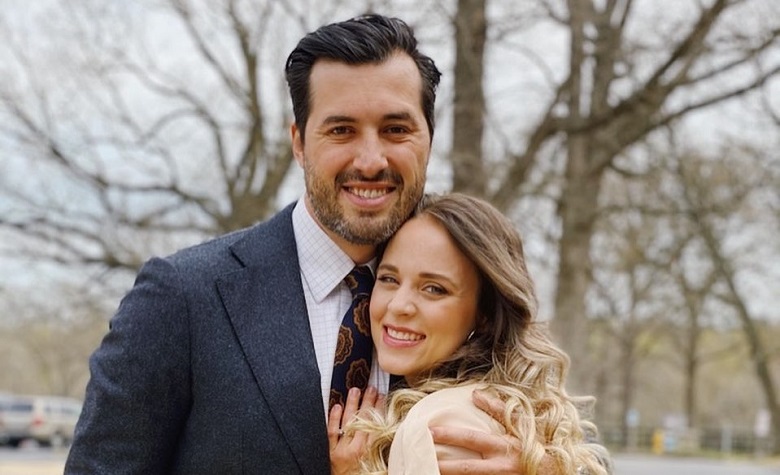 Counting On stars Jinger Duggar and Jeremy Vuolo are still making moves on promoting their latest book. However, the two don’t promote the book for money purposes. Apparently, Jinger and Jeremy wanted to share their past struggles and everything they’ve been through to inspire other people to get closer to God. Now, Jinger and Jeremy shared more details about several topics in their book. One of which is Jinger’s painful miscarriage experience. Aside from that, Jeremy also opened up about how they were able to keep their relationship going amid their struggles in the past.

Counting On: Jinger Duggar Opens Up About How She Endured Her Miscarriage

During an interview, Counting On star Jinger Duggar opened up about how she endured her painful miscarriage experience. According to Jinger, they kept her miscarriage quiet at first. She also said that they only shared it with their families and close friends. However, as time goes by, Jinger started to realize that she should share her painful experience. She learned that a lot of women experienced the same thing when she first opened up about her miscarriage. Due to this, it inspired her to be more open and encourage other women that there’s no shame in sharing such a painful experience.

Jeremy Vuolo Shares How They Kept Their Relationship Going

Counting On star Jeremy Vuolo shared how he and his wife, Jinger Duggar, were able to stay strong. During an interview, Jeremy said that he and Jinger faced a lot of struggles before they even started dating. However, Jeremy believed that Jinger was the woman he wanted to marry. He also said that he doesn’t have the strength to leave even if Jinger didn’t show any interest in him. After that, Jinger said that the foundation of their relationship is the word of God, which helped them stay stronger throughout the years. Jinger also said that their frequent bonding helped them get closer.

During an interview, Counting On stars Jinger Duggar and Jeremy Vuolo opened up about their plans on having a third baby. According to Jinger, two kids sounds like a good number for now. She also said that she just had Evie not too long ago. After that, Jeremy said that he wouldn’t mind having a Jeremy junior in the family. However, he also made it clear that they don’t have plans for it yet. Jeremy also said that they’re enjoying their time with the girls so much, although he admitted that it would be cute if they’ll have a baby boy.