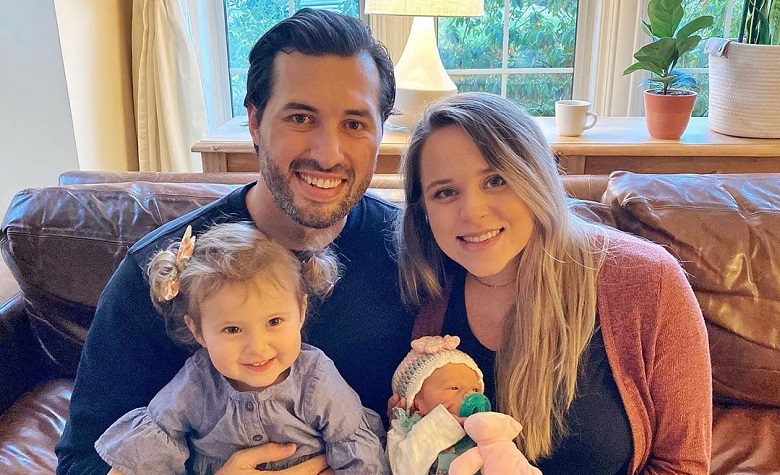 Counting On star Jinger Duggar has been sharing tons of positive feedback from fans who purchased her book. Jinger and Jeremy Vuolo have been very busy promoting their book, and they’ve been very successful with it. However, despite being restless, Jinger never forgets to share updates about her family. Apparently, fans haven’t seen Jinger’s two daughters, Felicity and Evangeline, for quite some time. According to Jinger, they decided to keep them away from the spotlight. However, in a recent interview, the mother of two finally shared some wholesome updates on her adorable daughters.

During an interview, Counting On star Jinger Duggar shared updates on her two rarely-seen daughters. “I love every part of being a mom and can’t imagine my life without my two little girls”, Jinger said. She also said that she loves seeing Felicity at this stage as she’s starting to become a big sister to Evangeline. “It really is the sweetest thing watching their relationship blossom”, she added. After that, Jinger said that Felicity has been taking good care of her little sister whenever she’s crying. “Every time Baby Jo cries, Felicity wants to do absolutely anything she can to make her little sister happy”, she added.

Counting On star Jinger Duggar answered some questions on her social media regarding the sudden absence of her daughters. “You haven’t seen much of them simply because we are wanting to give them a bit more privacy while they’re so young”, Jinger said. She also made it clear that the girls are going great and fans have nothing to worry about. Jinger also said that she appreciates all the love and support of the fans.

Counting On: Jeremy Had His Fans Laughing Due To His “Dad Jokes”

Counting On fans can’t help but laugh with Jeremy Vuolo’s recent social media post. Apparently, Jeremy threw an obvious “dad joke” in his latest post. Apparently, “dad jokes” is an unoriginal or unfunny joke often told by middle-aged or older men. Jeremy shared a picture of him holding their latest book. “I’m holding The Hope We Hold. Get it?”, followed by a drum and drumsticks emoticon. After that, fans took his comment section to talk about his jokes. “Dad jokes coming in strong!”, one fan commented. “Dad joke!”, another fan added followed by a laughing emoticon.