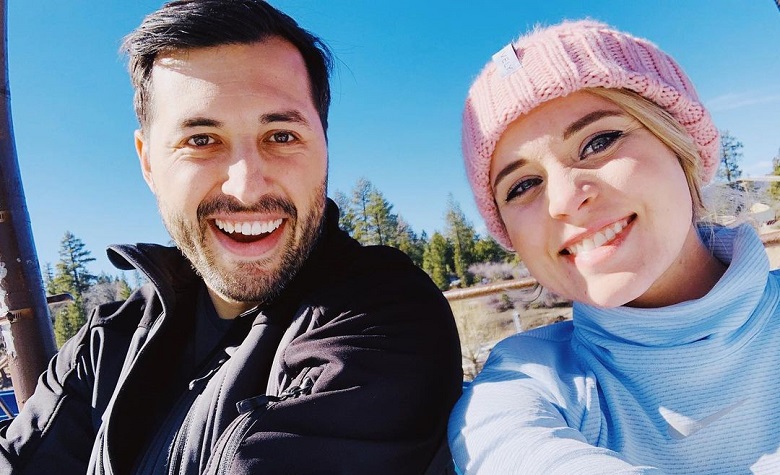 Counting On stars Jinger Duggar and Jeremy Vuolo have been making headlines after announcing their new book. The two have been promoting their book by releasing short teasers on social media. Now, Jinger and Jeremy are taking their promotions to the next level as they participate in some interviews. In one of their interviews, the couple opened up about their struggles in their marriage. It also appears that the rumors were true as the two admit that they nearly split.

Counting On: Jinger & Jeremy Open Up About Their Early Struggles

During an interview, Counting On stars Jinger Duggar and Jeremy Vuolo opened up about their early struggles in their marriage. “There were some ups and downs in that time, and at one point I kind of froze, and I was like, ‘Do I want to do this?'” Jinger said. After that, Jinger went teary from remembering their rough past. “That was something for me that was really tough. I don’t like to think about that day,” she added. However, Jinger made it clear that she still wants to share her struggles as it may help someone in the same position.

After that, Jeremy also admitted that there was a time where he doubted his relationship with Jinger. “What I can say is there was a couple of ups and downs, and there was a moment where it did seem like the relationship was a no-go at that point,” Jeremy said. However, he said that having faith helped him a lot to overcome all of his struggles.

Jinger & Jeremy Made Adjustments Since The Arrival Of Their Second Daughter

A lot of things have happened to Counting On stars Jinger Duggar and Jeremy Vuolo. According to them, the arrival of their second daughter, Evangeline, has been a huge adjustment in their lives. Reports also claim that they were overwhelmed in their marriage which caused them to stumble in their relationship. However, a source close to the family claimed that the two are so in love and divorcing will never be an option.

Counting On: Jinger & Jeremy Are Hoping For A Better Relationship With Jill & Derick

Counting On stars Jinger Duggar and Jeremy Vuolo opened up about having difficulties with Jill Duggar and Derick Dillard. Apparently, Jill and Derick have estranged themselves from the Duggars for years. Jill also started rebelling against the strict rules of Jim Bob Duggar. However, Jinger and Jeremy are still hoping that things will get better between them. According to Jeremy, they did have a good relationship with Jill and Derick. However, they’re giving them time to work through some things in their lives.