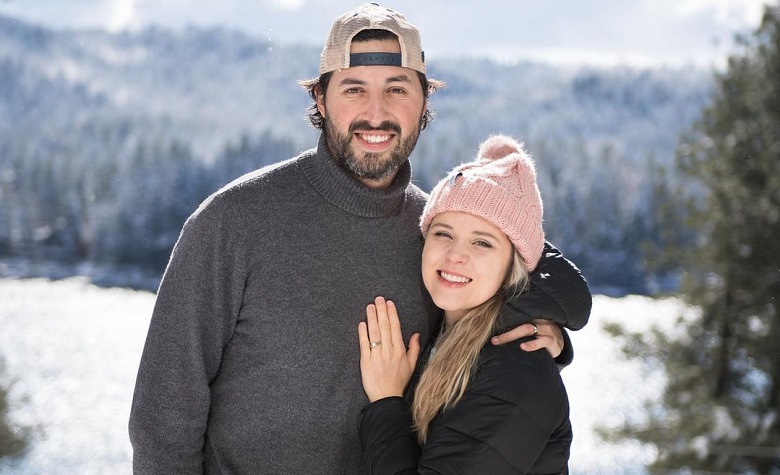 Counting On star Jinger Duggar has been worrying her fans due to her social media absence lately. Apparently, there are rumors stating that Jinger and Jeremy Vuolo are dealing with marriage problems. However, the two were seen recently strolling through the Hollywood Walk of Fame. It appears that the two are trying their best to be a happy couple. Now, Jinger and Jeremy opened up about their struggles after the arrival of their daughter Evie. According to Jeremy, the arrival of Evie has been an “adjustment” in their lives.

TLC shared a short clip of Counting On stars Jinger Duggar and Jeremy Vuolo sharing life updates. “It’s been just over two months since we welcomed Evie Jo to the family,” Jeremy said. “Having a newborn in the house has been an adjustment but I think we’re adjusting well. We all love her,” he added. Jinger and Jeremy also said that they love watching Felicity take care of her baby sister Evie.

It appears that the “adjustments” in their lives forced Jinger to stay off the camera for a while. Apparently, fans started noticing Jinger’s social media absence since the arrival of Evie. Jinger also made some fans worried due to her previous photos on social media where she looks tired and exhausted.

Fans Worry About Jinger & Jeremy Not Sharing Pictures Of Their Kids

Counting On stars Jinger Duggar and Jeremy Vuolo have been worrying fans due to their online absence. The two barely post pictures of their kids as well, which is unusual as fans got used to the both of them frequently sharing pictures of their kids. Meanwhile, some of Jinger’s followers defended her from the fans by saying that she and her husband only wants privacy. Jinger’s last post about her daughter was back in January this year. Since then, she only posts selfies and dates with Jeremy.

Counting On: Jinger & Jeremy Having Dates Without The Kids

Counting On star Jinger Duggar has been going out a lot with Jeremy Vuolo lately. Fans also noticed that the two don’t bring their kids whenever they’re out. This made some fans speculate that the two may have found a nanny for their kids. Apparently, Jinger and Jeremy recently went headlines after reports claim that they’re struggling with parenting. There are also reports stating that the two were looking for a nanny to spend more time with each other.