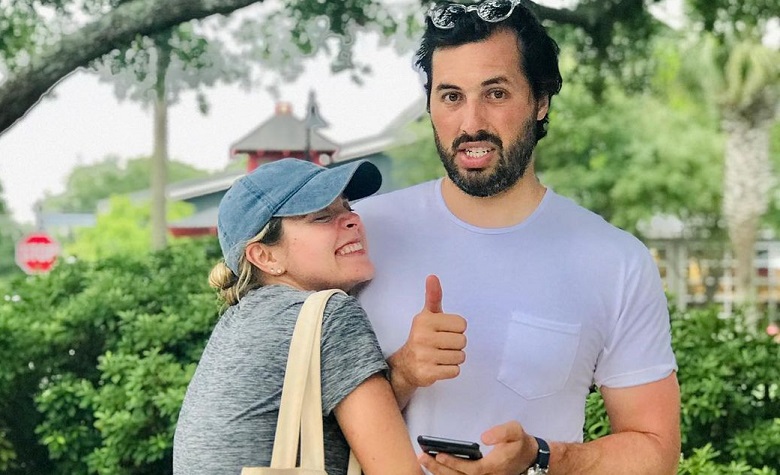 Counting On stars Jinger Duggar and Jeremy Vuolo have been sharing their sweet date nights lately. The two appear to be much happier after releasing their latest book. Apparently, reports claimed that the two struggled in their marriage, especially after having a second child. Fortunately, the two were able to work things out before things get worse. Jinger and Jeremy also admit that they wanted to keep their kids away from the cameras while they’re young. However, Jeremy recently shared a picture of their oldest daughter, Felicity and fans were left in awe by how big she has become.

In a social media post, Counting On star Jeremy Vuolo shared a rare picture of his daughter, Felicity. “God gives good gifts,” Jeremy captioned. Unfortunately, the picture only shows the back of Felicity. However, fans are still happy that they were able to see Felicity after a long time. “Miss seeing your little ones,” one fan said. “She’s getting so tall!” another fan added.

This wasn’t the first time the couple shared a photo of Felicity. At one point, Jinger shared a picture with Felicity as they walk around L.A. However, the picture only showed the back of Felicity as well. Meanwhile, Jinger previously opened up about the current status of her daughters. According to Jinger, Felicity has been enjoying being a big sister to Evangeline.

Counting On stars Jinger Duggar and Jeremy Vuolo had a busy week due to their book club. However, the two never forget to spend time with each other. Apparently, Jinger has been sharing her date nights with Jeremy. She recently shared a clip of Jeremy serving their orders from a fast-food chain in L.A. Meanwhile, some fans noticed that the two have been having too many date nights lately. “How do you manage so many date nights?” one fan asked.

Counting On: Why Jinger & Jeremy Haven’t Been Sharing Pictures Of Their Kids?

Counting On fans have been asking why Jinger Duggar and Jeremy Vuolo haven’t been sharing pictures of their kids. The answer is simple. Apparently, Jinger and Jeremy previously announced that they will keep their kids away from the spotlight while they’re still young. The couple also explained it as their way of respecting the kids’ privacy. Reports also claimed that the two have found a nanny to help take care of the kids, which is why they’ve been going out a lot lately.