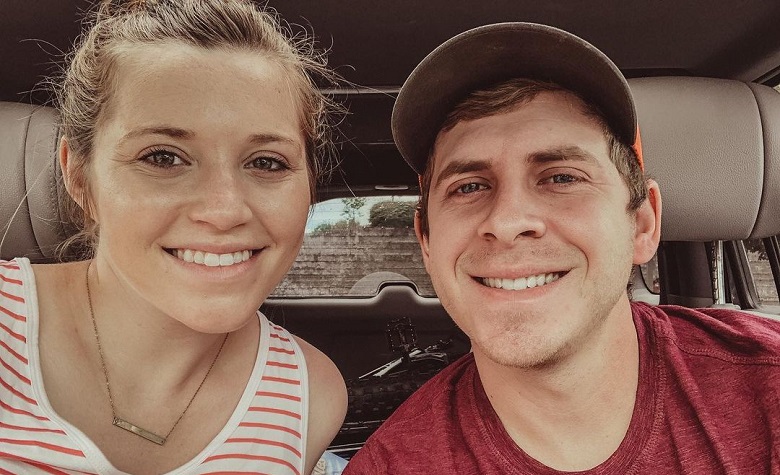 Counting On stars Joy-Anna Duggar and Austin Forsyth are celebrating their 4th wedding anniversary. The two had their ups and downs throughout their marriage. Most of the time, fans questioned Joy-Anna and Austin’s parenting styles. The two were also criticized numerous times for their carelessness. However, despite the struggles, the two remained strong and kept learning. Fans are also impressed by how Joy-Anna never had any marriage problems with Austin, showing how much they love each other.

In a social media post, Counting On star Joy-Anna Duggar shared a throwback wedding photo with Austin Forsyth as they celebrate their 4th anniversary. “Looking forward to celebrating many more years with you @austin4site!” Joy-Anna captioned. “I love you forever,” she added. After that, fans swarmed Joy-Anna’s comment section to greet and congratulate them for their anniversary. Justin Duggar’s wife, Claire Spivey, is also one of the first to comment on Joy-Anna’s post. “Aww! Happy Anniversary y’all!!” Claire said. Joy-Anna and Austin love to celebrate their anniversary in a fun way. During their 3rd wedding anniversary, Joy-Anna and Austin did a fun getaway where they went boating and cycling. However, this year, it appears that the pandemic has put a limit to their activities.

After sharing a throwback picture from their wedding, Counting On star Joy-Anna Duggar shared a clip of their family date. The clip showed Joy-Anna and her family having a great time in a restaurant. Gideon is also a little bit naughty in the clip as he tries to reach the knife on the table. However, Austin made sure that Gideon won’t reach it by putting his finger on the knife. It appears that Austin has learned from the eagle-eyed fans who’s been criticizing him for being careless. Apparently, Austing was called out after leaving a rifle near Gideon during one of their family vlogs. Aside from that, fans also went furious after Austin brought Gideon in a zipline without any safety gear.

Counting On star Austin Forsyth recently went headlines after reports claimed that he settled his real estate fraud case just days before his trials. It appears that the settlement was good news for Austin and his wife, Joy-Anna Duggar, as they can celebrate their anniversary with peace. Apparently, Austin was supposed to pay up to $20,000 to install a new septic system from the property that they sold to the Plaintiffs. At this point, it’s still unclear what kind of agreements both parties did to reach a settlement. However, Austin is now free from all the stress and can finally continue his work without worrying.

‘Sister Wives’: Meri Says She Won’t Play Victim Amid Family Struggles
Why Josh Duggar’s Possible Jail Time Could Be Worse Than Expected
WWE NXT TakeOver: In Your House: Rating and Ranking Every Match
Can You Guess The Net Worth Of Britain’s Royal Family?
Kody Brown Owes $1K Taxes On Property With Robyn