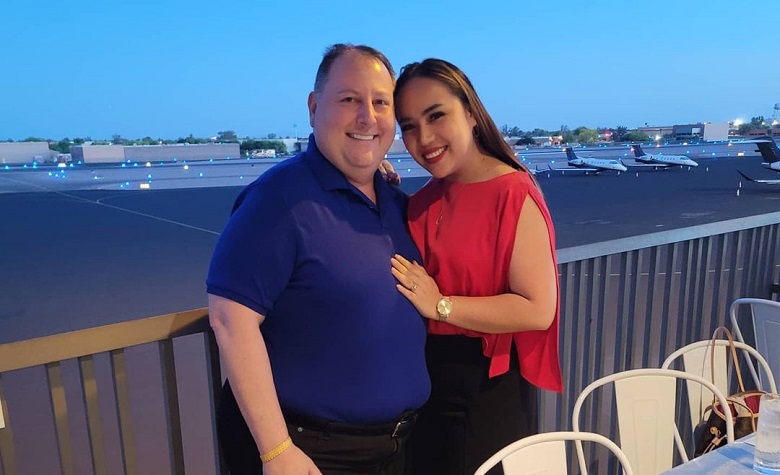 90 Day Fiance stars David Toborowsky and Annie Suwan have been making the fans laugh since they stepped foot in the reality show. The two are praised for their humorous behavior. The couple also ended up having their own TLC spinoff called, “Spice It Up with David and Annie”, where the two share their favorite recipes while also showing off their hilarious side. Now, David and Annie are making headlines once again after their hilarious post about Big Ed. Apparently, Annie forgot to wear a mask as they visit a Covid-19 testing site to get themselves tested. However, Annie found an alternative way of wearing a mask, and fans can’t help but laugh.

In a social media post, 90 Day Fiance star David Toborowsky shared a picture of Annie Suwan getting her Covid-19 test. However, Annie forgot to wear a mask so she had to improvise to protect herself. “Leave it to Annie to improvise when she forgot her face mask and had to get her Covid Test”, David said. Annie put on a Big Ed Mask as an alternative way for a face mask. After that, David threw a hilarious joke about Annie’s Covid-19 results. “Good thing is she tested negative for Covid but positive for Mayo. Happy Monday to all”, David said.

Apparently, Big Eg stunned the fans after rubbing mayo into his hair. According to Big Ed, he thinks that putting mayo into his hair will make him look a little younger. “Since I met Rose, I wanna look young for her. So I have been dying my hair, and it irritates my scalp. So I’ve found out that mayonnaise makes it smoother and less dry”, Big Ed said during his interview back in his TLC days with Rose Vega.

David & Annie Have Been Bonding With Big Ed

90 Day Fiance stars David Toborowsky and Annie Suwan have been good friends with Big Ed. Back in February 2021, the two were seen bonding with Big Ed. David even described Big Ed as a “down-to-earth man” and a very enjoyable person to be with. Annie also shared a hilarious story with Big Ed. According to Annie, she found a “homeless” guy and decided to give him a lift. The three are also known for their successful career in Cameo. According to reports, Big Ed has earned $149,850 on Cameo, while David and Annie generated $185,763 so far.

In a social media post, 90 Day Fiance star David Toborowsky shared a picture of him with his wife, Annie Suwan, as they head out for their special date night. “Nothing like date night with my Queen. Let the carefree weekend begin”, David captioned. After that, Annie left a steamy comment on David’s post. “Oh lala are you ready for Thai spicy for dinner tonight”, Annie said. Moments later, Annie shared a picture of herself on her social media during their date night. “Care free weekend @toborowsky_david dinner tonight will be Thai spicy only!!!!”, Annie captioned.

‘Sister Wives’: Should Christine Be An Advocate Against Polygamy?
‘Counting On’: Joy-Anna Stuns In Jeans, Enters 24th Week Of Pregnancy
‘Sister Wives’: Why Is Christine Brown Returning To Flagstaff?
’90 Day Fiance’: David Shares Heartwarming Advice About Grandmothers
‘Sister Wives’: Kody Slammed For Not Taking Own Advice In Latest Cameo