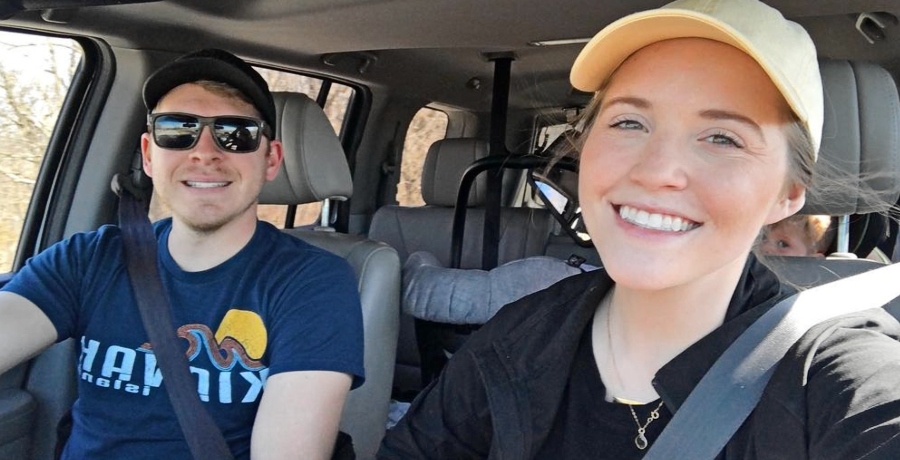 Counting On star, Joy-Anna Duggar has been spending most of her time in their house as COVID-19 continues to rage in Arkansas. She’s been sharing wholesome pictures of her kids and fans are loving it. Now, Joy-Anna shared a clip of her husband, Austin Forsyth playing softball. According to Joy-Anna, it’s Austin’s first practice of the season, which means that he’ll be playing for a while. It appears that Austin is adding softball to his bag of skills. Apparently, Austin is widely known to be a very adventurous person. However, others think that he’s going too far on some of his stunts.

In a social media post, Counting On star, Joy-Anna Duggar shared a clip showing Austin Forsyth’s first softball game. Apparently, it was Austin’s first practice game. At this point, Joy-Anna has yet to reveal when will the season start. However, it appears that Austin is ready to play for the season. He even hit the ball well as shown in the clip and easily scored. Austin loves trying out different things. However, some fans think that some of his activities are just way too dangerous. At one point, Austin was called out after bringing his 2-year-old son Gideon in a zipline without any safety gears. Austin and Joy-Anna were also slammed after leaving a rifle near Gideon.

Counting On star, Austin Forsyth has been facing criticism due to his dangerous activities. At one point, Austin was slammed as “irresponsible” after obtaining his skydiving certification. Apparently, fans think that it’s not necessary to do skydiving anymore once a person has kids. Fans took Reddit to discuss Austin’s decision to skydive despite having a family back home. “This is the kind of crap you’re supposed to do BEFORE you have children, in case you die”, one fan said. “He has 2 children and an unskilled, minimally educated wife who all depend on him so this seems irresponsible”, another fan added.

Counting On: Joy-Anna Duggar Shares Wholesome Moments Of Her Kids Playing With Austin

In a social media post, Counting On star Joy-Anna Duggar shared a picture of her kids playing with Austin Forsyth. “Please excuse our messy house… We are busy making memories”, Joy-Anna captioned. Fans also can’t get enough of the big smiles of the kids. “Gideon has the best smile, the house is not messy it’s lived in with kids”, one fan commented. Carlin Bates also commented, “Oh my word!!!! Gideon’s SMILE.”

Meanwhile, fans have been asking if Joy-Anna is pregnant again. Apparently, rumors have been circulating that she might be pregnant after sharing a picture of her swollen face recently. However, Joy-Anna and Austin remain silent about the rumors.