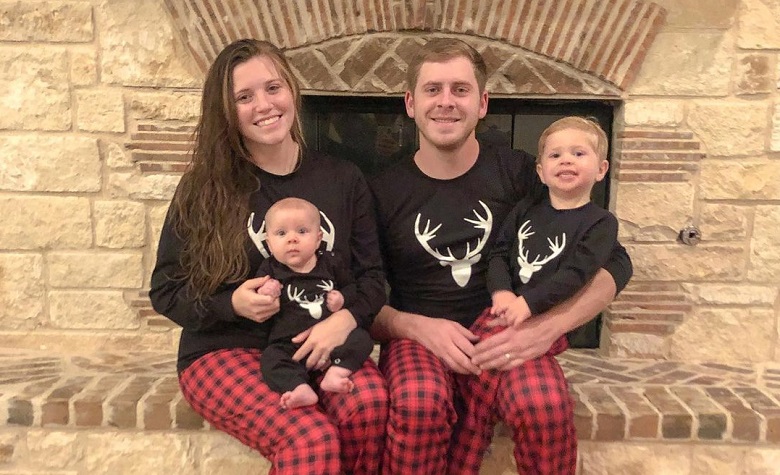 Counting On star Joy-Anna Duggar has been silent on social media lately. However, Joy-Anna previously went headlines after fans called her irresponsible. Apparently, Joy-Anna disregarded the Covid-19 protocols a couple of times. She and her husband Austin Forsyth were also called out after leaving a rifle near their 3-year-old son Gideon. Now, fans think that Joy-Anna might be pregnant after sharing a new picture on social media.

In a social media post, Counting On star Joy-Anna Duggar shared a picture of her with her husband Austin Forsyth. “It’s been a good day”, Joy-Anna captioned. The photo appears to be a normal day for many. However, some fans find it suspicious and think that Joy-Anna might be pregnant. In a Reddit post, a fan shared the picture and said that her face looks swollen. “Calling it now- Joy’s pregnant. Her face looks a bit puffy IMO…”, the fan captioned. It was also the same fan who shared a snap of Joy-Anna during her early pregnancy with Evelyn. “It wouldn’t surprise me, she is a Duggar, of course she’s likely pregnant. And she got pregnant really fast after Gideon”, a fan commented.

Counting On stars Joy-Anna Duggar and Austin Forsyth previously got slammed for their irresponsible bahevior. Apparently, Joy-Anna shared their family vlog on YouTube. During the vlog, she shared a clip of Austin and Gideon eating breakfast. However, fans noticed that there’s a rifle near Gideon which he can easily reach. After that, the couple received criticism for putting their son’s life in danger. “Why the H*LL would you leave it on the table where children can get to it? Have they never heard of gun safety?”, one fan said.

This wasn’t the first time Joy-Anna and Austin were called out. At one point, the two received a lot of criticisms after bringing Gideon in a zipline without a helmet or any safety gears. “No no nopity nope. This isn’t safe in any way. There are harnesses made for doubling up and this isn’t one of them”, one critic said.

Counting On star Joy-Anna Duggar admits that parenting has been a challenge for her. In a social media post, Joy-Anna shared a lengthy message talking about the struggles of learning patience in parenting. According to her, she thought she was a patient person until she had kids. She admits learning that her words and actions deeply affect her kids. Due to this, she told her fans that anger and yelling is never the right answer for parenting.