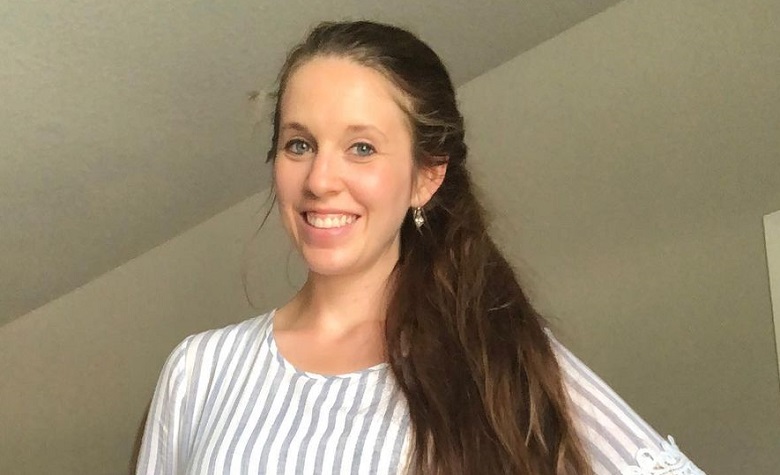 Counting On star Jill Duggar is widely known as the rebellious daughter of Jim Bob Duggar and Michelle Duggar. Jill and her husband Derick Dillard have estranged themselves from the Duggars for years. However, Jill previously made headlines after seemingly making peace with some of her siblings. Now, it appears that Jill is still not in peace with everyone in the Duggars. Apparently, Jill recently shared a cryptic message on social media that talks about being mindful of her enemies.

Counting On: Jill Duggar Wants To Be Mindful Of Fear Tactics From Enemies

In a social media post, Counting On star Jill Duggar shared several biblical quotes. However, fans noticed that one of her quotes talks about being mindful of her enemies. “Be mindful of the fear tactics the enemy might use to get your distracted from your hope & victor JESUS CHRIST!!”, Jill said.

Apparently, Jill had a rocky relationship with her parents. She’s considered one of the most rebellious members of the Duggar family. It’s known that Jim Bob Duggar raised her kids to be conservative and modest.

However, Jill has been breaking their family rules. At one point, she was seen drinking alcohol with her rebellious cousin Amy King. Jill also had her nose pierced and cut her hair short, which is against the family’s rules of modesty.

She also started wearing clothes that are against the family’s dress code. It appears that her feud with her parents is still happening. Derick Dillard also revealed that he wrote a tell-all book about the Duggars, which is believed to damage Jim Bob’s media empire.

Jill Duggar Starts Reconciling With Some Of Her Siblings

Counting On star Jill Duggar has been praised for reconciling with some of her siblings. Apparently, Jill surprised the fans after revealing that she attended her brother Justin Duggar’s wedding. After that, Joy-Anna Duggar started posting throwback pictures of them that include her sister Jill.

Fans think that the two made peace with each other during the wedding ceremony. Aside from that, Joy-Anna also unliked a post on social media criticizing Jill, suggesting that they finally reconciled.

Counting On: Jill Focuses On Having A Peaceful Life With Their New Dog

Counting On star Jill Duggar has been spending most of her time taking care of their new dog Fenna. She even brings her dog when picking up the kids from school. Fans also noticed that Jill has become more joyful since the arrival of Fenna.

However, she also admits that she’s been struggling with taking care of the dog. At one point, she revealed that her dog kept on digging holes in her backyard and loves to destroy her plants. Due to this, she asked her fans for suggestions on what to do with Fenna’s odd behavior.