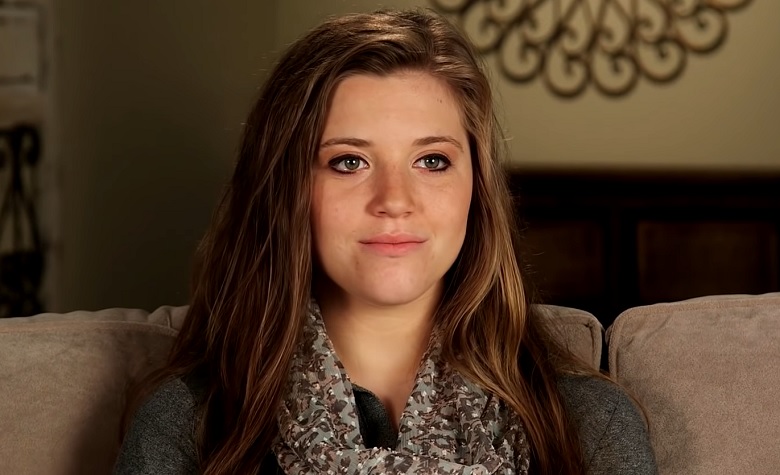 Counting On star Jill Duggar has been in a feud with her family. Apparently, Jill and her husband Derick Dillard have estranged themselves from the Duggars for years. Since then, the two have been rebelling against the strict rules of Jim Bob Duggar. However, Jill has been making headlines recently due to her peaceful actions towards her family. Fans think that Jill is trying to make peace with the Duggars after a long feud. Meanwhile, Joy-Anna Duggar unlikes a post criticizing Jill, which fuels the speculations that they’ve finally reconciled.

Counting On star Joy-Anna Duggar previously made headlines after fans noticed that she liked a post criticizing her rebellious sister Jill Duggar. The post about Jill states that she shouldn’t have made her issues with her family public. “Speaking out against them publicly will burn more bridges between them,” the post said. The post also added, “It’s not very Christian if you ask me. I get the sense that Jill and Derrick need money, and this is an easy route to get that money.”

However, fans realized that Joy-Anna has disliked the post after rumors about their reconciliation. “I find it suspicious that Joy seems to have unliked the confession about Jill,” one fan commented. Apparently, there are reports stating that Jill has been making up for her rebellious acts towards the family. She also started commenting and liking some of the posts of her siblings on social media more often.

Counting On star Jill Duggar has been praised after attending her brother Justin Duggar’s wedding. Apparently, fans speculated that she wouldn’t attend the wedding due to her feud with the family. However, she posted a surprising picture of herself with her husband inside the venue of the ceremony. After the event, Joy-Anna Duggar started posting throwback pictures of her with her siblings including Jill and captioned it with, “The good ole days. Love you all.” Since then, fans think that Jill had a deep conversation with her family during the wedding ceremony and decided to make peace with them.

Counting On: Joy-Anna Isn’t The Only Duggar Who Doesn’t Like Jill’s Rebellious Acts

Counting On star Joy-Anna Duggar isn’t the only one who disliked Jill Duggar back in the days. Apparently, Jinger Duggar also hates the rebellious acts of her sister Jill. According to reports, Jinger was disappointed when Jill decided to estrange herself from the Duggars. At this point, there are no confirmations that Jinger attended Justin Duggar’s wedding. However, fans assumed that all of them were present as they consider marriage a very big event in their family. Meanwhile, Jinger has yet to reveal if she and Jill are now at peace.

’90 Day Fiance’: Russ Mayfield Shares Progress Of Voiceover Career
‘Counting On’: James Teases Something ‘Wild’ Is Coming For The Duggars
‘Sister Wives’ Janelle Shares Pic Of Savanah Ahead Of Her 18th Birthday
‘Counting On’: Gideon Already Showing Love To Upcoming Brother
‘Sister Wives’: Fans Call Out Kody For His Statements About Janelle