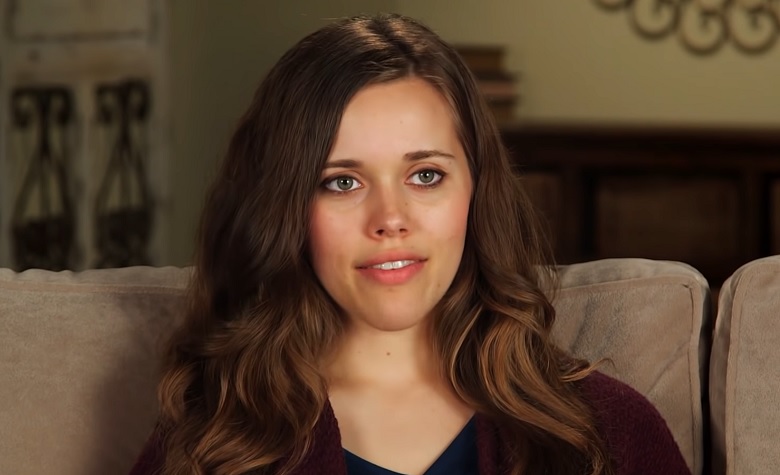 Counting On star Jessa Duggar has been busy renovating her house. She recently shared an update on her kids’ bedroom where she created her own bunk bed. Now, Jessa shared an update on her living room. According to her, she’s removing the Christmas tree since it’s already late January. She also shared a new hobby and fans are loving it. Jessa also revealed new portraits in her living room. One of them is a romantic picture of her and her husband Ben Seewald. Apparently, the Duggars are known to be a very conservative family. However, it appears that Jessa no longer needs her parent’s approval for hanging a romantic portrait of her and Ben.

Counting On: Jessa Duggar Shows Off Her Living Room

In a social media post, Counting On star Jessa Duggar shared a clip of her living room renovation. According to Jessa, it’s late January and she needs to pack her Christmas tree. The renovation didn’t take that long. Jessa hanged new portraits of her family on top of the couch. One of them is a picture of her kissing her husband Ben Seewald. According to Jessa, the wall used to have pictures of her kids. Now, she’s putting an entire family picture to give it a fresh look. Jessa’s kids also helped clean the living room. They were seen using a vacuum and fans find it adorable. One fan said, “Oh my goodness, your kids are all so adorable!!”

While renovating her living room, Counting On star Jessa Duggar shared her new hobby. According to her, they’ve been collecting house plants since the Covid-19 started. She shared several plants in her living room and she seems to enjoy them. Fans reacted to Jessa’s new hobby. One fan said, “Those plants changed the whole look of the living room. Love it!” Another fan also told Jessa that she should do more plants and gardening videos. Meanwhile, Ben Seewald, who was previously criticized in his comments in the Capitol riot, was missing in the video.

Counting On: Jessa Built Her Own Double Bunk Bed

Before the living room renovation, Counting On star Jessa Duggar revealed that she’s renovating the kids’ bedroom. She also shared a clip of the kids’ bedroom renovation on social media. According to Jessa, she’s been looking for bunk beds online for weeks. However, she couldn’t find anything that fits in the kids’ bedroom. Due to this, she decided to build a bunk bed by herself. Jessa and her kids went to a hardware store to buy some lumber. After that, they went back and Jessa started building the bunk bed by herself. She shared the final results of the double bunk bed and fans love it. One fan commented, “Wow… this girl straight up built a bed on her own!!! You go girl!!!!!” Another fan also said, “Jessa you continue to amaze me how you fearlessly attack projects and it’s just inspirational!”

Jessa’s way of living has been inspiring a lot of fans. She also loves showing support to her siblings. At one point, she threw major attention to her brother James Duggar after he created his own social media account.