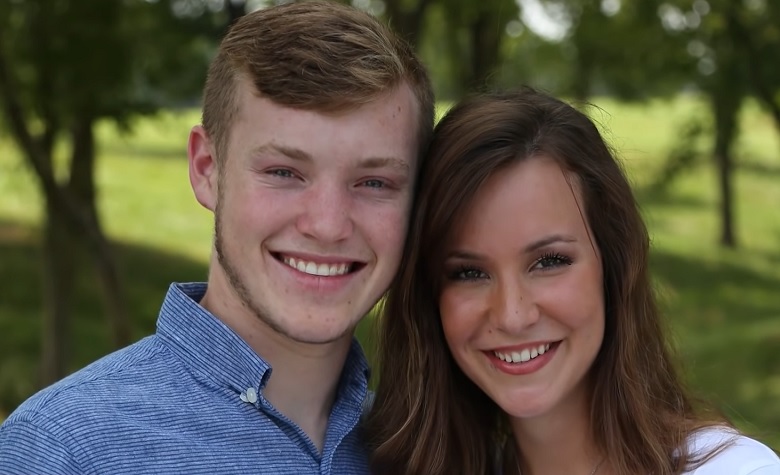 Counting On stars Claire Spivey surfaced on social media after a long absence. She shared an update on her fiance Justin Duggar. Apparently, Justin underwent wisdom teeth surgery. It’s no secret that removing a wisdom tooth is one of the most painful dental operations. Meanwhile, fans reacted to the Duggar family’s full support over Justin’s operation. Fans also noticed huge changes in Claire’s looks after a long social media absence.

In a social media post, Counting On star Claire Spivey shared a picture of Justin Duggar with a face ice pack. According to Claire, “How I enjoyed getting to take care of this guy after his wisdom teeth surgery!!” Claire also said that Justin is a trooper and he had a wonderful recovery. Fans praised Claire for taking good care of Justin. One fan said, “This is so sweet! You two make a lovely couple.” Another fan also said. “Getting a preview of “in sickness and in health”, so sweet!”

Meanwhile, fans were impressed with Claire’s new look. She appears to be wearing glasses more often. She also impressed her fans with her mascara. One fan asked her, “Your eyelashes are so long! what mascara do you use?”

The Duggars Shows Their Support

In a social media post, Counting On star Claire Spivey revealed that the Duggars created a banner that says, “Praying for Justin! We love you!” Fans reacted to how the Duggars showed their support for Justin Duggar’s teeth surgery. One fan said, “Y’all are so cute! Praying for a speedy recovery for Justin!” However, there are some who think that the Duggars are overreacting to the situation. One fan pointed out, “Is a wisdom tooth that big of a deal?” Another fan also said, “Bit over dramatic!! It was only wisdom teeth.”

At this point, Counting On stars Claire Spivey and Justin Duggar have yet to reveal their wedding date. However, Claire’s mother Hilary Spivey previously revealed that her daughter’s wedding will be held sometime this year. Justin is the youngest Duggar to get engaged. He shocked the world after announcing his engagement the day after he turned 18. Meanwhile, Jim Bob showed his support to his son by selling him one of his house properties for only $1. Fans think that Jim Bob gave Justin the property to force him to stay in Arkansas instead of living in Texas.