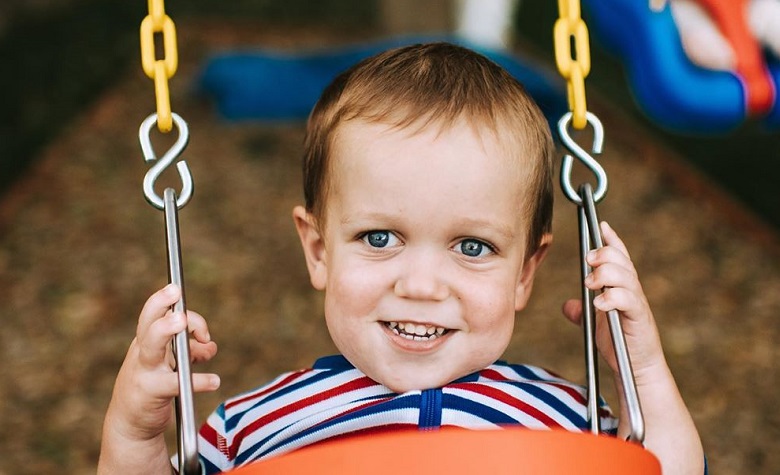 Little People, Big World star Jackson Roloff will bring a smile to your face and leave you wanting to see more when you check out this new video. It seems that even at such a young age, Jackson shows a genuine caring and kindness towards animals.

Jackson demonstrating gentleness is one of the first things the Little People, Big World fans noticed when watching this video. So what is this adorable child doing that’s causing all the buzz?

He’s helping “Cha Cha” (Caryn Chandler) with the chores around the farm. It seems Cha Cha needs to catch baby chicks for some reason and those little feathered farm animals are fast. But there’s one Roloff family member there that’s just right for the job.

My tough guy came over to the farm in his jams just before bed time to help Cha Cha… @carynchandler1 train her birds to go home to roost. True to his rugged farm boy roots…Jackson isn’t afraid to collect the birds and send them to bed … before he turns In for the night. Watch for it.. he’s one talented little fella! Well raised by @toriroloff and @zroloff07 @rolofffarms

It looks like the Little People, Big World has just the person with the skills needed, that would be Jackson. At 3-years-old, he is much closer to the chicks on the ground than the adults he’s with.

Meanwhile… Back at the Farm

Jackson is in the chicken coop with Caryn and he chases the little chicks, corners them, but what he does next is truly amazing. At 3-years-old you expect this little fellow to pick up a baby chick like it’s a toy.

But not this fan-favorite preschooler from Little People, Big World. Fans of the TLC reality show are amazed at how gentle Jackson is as he picks up the chicks. Whoever is taking the video, possibly his dad, Zach Roloff, or grandpa Matt Roloff, you can hear them giving Jackson directions.

Notice how big and smart looking his eyes are? He’s a very unique little fella.. and he runs in great company with his cousins #oldestgrandchild #smartaswhip #allprokid aZ

They are telling him to be gentle with the chicks. But it looks like Jackson has that covered before anyone says a word. Once he catches the chick, he hands them over to Cha Cha.

Little People, Big World – All In the Family

This video comes on the heels of the recent online chatter about Tori Roloff replacing Amy Roloff with Caryn Chandler. But other fans suggest it’s just more love to go around. In today’s world, the more, the better.

The Little People, Big World family is facing the same type of family dynamics many families face in the nation today. Many divorced parents or grandparents find new partners and eventually integrate them into the family.

Amy and Matt found new love interests. Both of their new significant others seem to have an excellent repour with the Roloff kids and now grandkids. So instead of a replacement, some fans see Caryn as a nice addition to the family.

Check Out Entertainment  Chronicle for the latest news on your favorite reality shows like Little People Big World.

Why Josh Duggar’s Possible Jail Time Could Be Worse Than Expected
Can You Guess The Net Worth Of Britain’s Royal Family?
‘Counting On’: Jill Duggar Shares Proud Moment Of Her Kids
WWE Raw 6/14: Rating and Ranking Every Match
Jill Duggar Says Trust Needs To Be Earned Sometimes Amid Josh’s Arrest