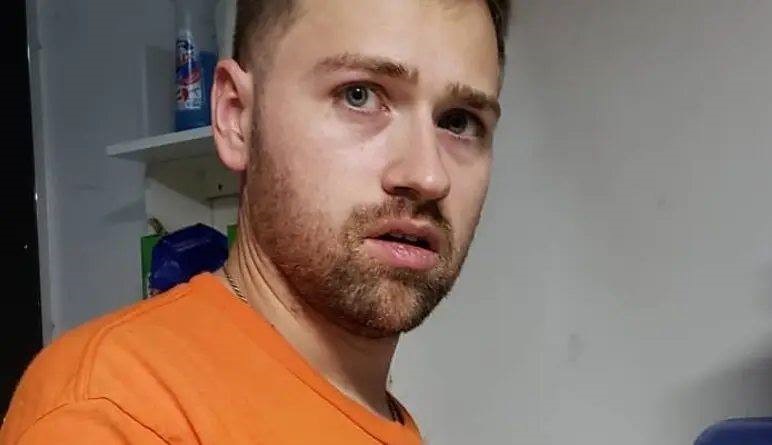 90 Day Fiance Paul Staehle went way too far this time for attention as he tapes the cops at his house as Karine tries to getaway. In the beginning, Paul was upfront and told the officers he was live-streaming being upfront but later he put his phone in the grass, taping everything that went on and it seemed no one knew the phone was still recording.

Paul Staehle’s 90 Day Fiance fans could hear him but what they heard was ridiculous. With the camera on the ground, you could only see Paul’s legs. He appeared jumpy while talking to the cops. Before he dropped the phone he made sure he got in the picture.

The people watching this insipid incident said that it sounds like Karine was attempting to leave and Paul wouldn’t let her. So this 90 Day Fiance wife called the cops. Every so often he would yell to Karine that he has her on tape abusing him as if he warns her he will show the cops.

Apparently he caught Karine talking to a lawyer about child support payments. So Paul got wind that she’s planning to leave and take Pierre, their baby. She is also pregnant with their second child. 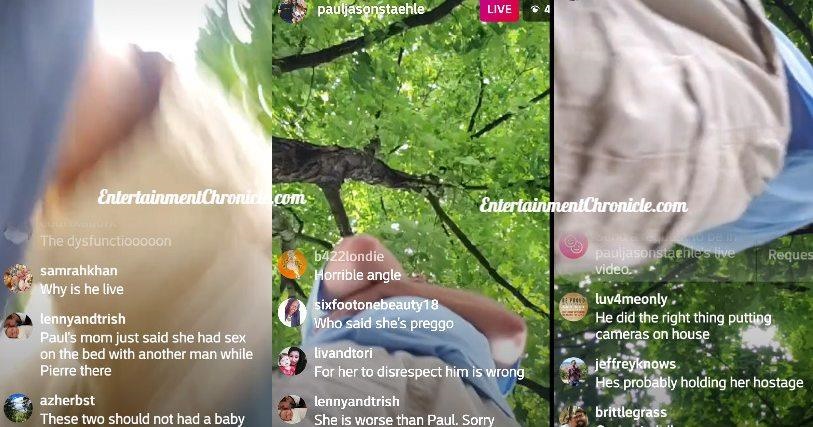 It sounds like Paul wouldn’t let her go so she called the cops. In the meantime, he’s going on and on about her not changing poopy diapers. As one fan puts it ‘” this is totally nuts.”

It sounds like the 90 Day Fiance celeb tells the cops that he bought a gas mask to change poopy diapers because he alleges Karine won’t do it.

Once the cops get there he tells the officers that there’s an open Child Protective Services file on Karine Martins.

While this live-feed took place the word “crazy” was used often to describe Paul’s behavior Thursday afternoon. 90 Day Fiance followers who watched this sickening show shot off comments as this played out. Paul’s mother is there and he screamed to her “she’s trying to take the baby away from us.”

Apparently Paul had the entire house fitted with cameras and he taped Karine allegedly assaulting him. This is what he tells the cops. When the officers ask to see this tape he stops the live feed on his phone. He had to do that to get into his saved videos to show them.

Paul uses social media to complain to the world about his wife from time to time. Even his mom yells at him during this incident that this is “private”.

Paul is rambling on about Karine being bi-polar and going off to drink beer with another guy. It is a tough live incident to decipher but as this 90 Day Fiance couple deals with the cops, little Pierre is heard crying in the background.

At one point Paul pretty much demands that his mother get him some water. She sounds baffled as to what happened for Karine to call the cops. She yells at Paul saying this is a private matter, apparently, she sees he’s got this going out via his phone.

The cops finally ask the young 90 Day Fiance mother what she wants them to do. They are not there to say who cleans the house or the poopy diapers. She says she doesn’t feel safe and wants to go to a shelter. Check out the incident on the video below.