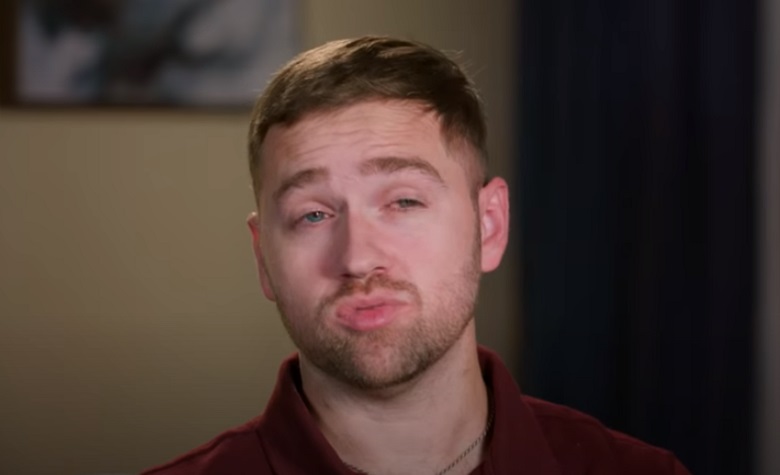 90 Day Fiance celebs Paul Staehle and his wife Karine Martins’ recent horror show also debunked one of the lies this husband told about his wife. Fans were outraged, horrified, and especially sad over what they witnessed from Paul and Karine.

This video filmed back when Pierre was still an infant, so it is not new. But it does show that Paul didn’t tell the truth about Karine and diaper changes. Furthermore, it offers a disturbing picture of the couple at home that has 90 Day Fiance viewers in an uproar as the video just recently surfaced.

This 90 Day Fiance couple does not appear stable at all to many of the 90 Day Fiance viewers. They also don’t appear too stable when their off the show as well. Paul and Karine offer those Cameo messages to fans, much like other TLC reality series celebrities do.

One of those cameos of this 90 Day Fiance couple started circulating online. It was a horror show with Karine seemingly the target of Paul’s anger. The video appears below but beware, it is graphic and somewhat disturbing.

The video also suggests that Paul lied about Karine’s mothering skills in a recent rant online. He bashed his wife for calling him to come home because she won’t change a “poop” diaper.

In this video, Karine not only changes a poop diaper but then throws it at her 90 Day Fiance husband, who’s obnoxious in this clip. This diaper change is just one of a few caught on video. Karine was also filmed on the show changing a loaded diaper as well.

Paul went on a tangent not too long ago where he berated Karine over what he saw as shortcomings of both a wife and mother. He claims he gets her everything she wants and she doesn’t appreciate him.

Can Paul try the hardest of someone who is better than him? So far he brought Karine and the baby to the worse conditions than what she left in her country. #90DayFiance pic.twitter.com/csFpfINGjZ

But this 90 Day Fiance father made a claim that gets debunked in this video. He described how Karine allegedly can’t change their son’s poopy diaper.

But Karine is on the edge of a bed with baby Pierre changing his diaper and it’s loaded. You see this when she throws it at him and he holds it up to the camera for the viewers.

So it looks like Paul attempted to make Karine look like a mother without many skills but she seems to always be caring for the baby. While she cares for the baby on the video Paul won’t stop running his mouth and the language he uses is notrocious.

90 Day Fiance: Now Paul and Karine Will Bring Another Child Into the World

Paul’s lie is uncovered as Karine looks quite natural and at-ease while changing the baby’s diaper. But that is just the tip of the iceberg when it comes to what this video shows of their homelife.

Speaking of homelife, tune in to 90 Day Fiance to see where Paul plans to live. He’s hoping a one room house will float Karine’s boat but Paul isn’t always known for making the best choices.

The comments from fans mostly have a worry tone to them today. That’s mostly due to Pierre living in a house where this goes on. Then soon they’ll have a second child in the family.