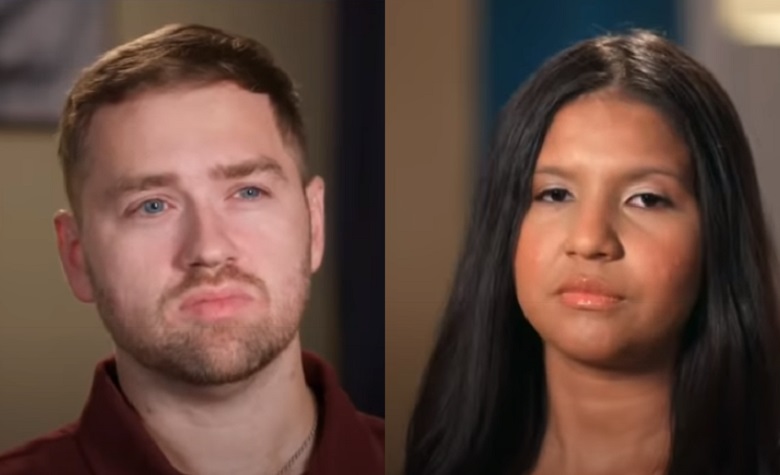 90 Day Fiance stars Paul Staehle and Karine Martins are expecting baby number two with their pregnancy announcement getting mixed reactions from fans. Reports indicate Karine is well-along in this pregnancy. It appears this 90 Day Fiance couple waited until Karine was this far along before making the announcement. Reports indicate that they waited with one reason in mind.

This is the third pregnancy for this 90 Day Fiance husband and wife. The first time Karine became pregnant she suffered a miscarriage. Their unborn baby had abnormalities and later died. The couple suffered for quite some time over their loss.

But after that, they brought little Pierre into the world, a healthy and beautiful little boy. But reports suggest it was the problems from the first pregnancy that prompted them to wait until Karine was further along to tell the world.

While they just announced they’re expecting a second child a couple of months ago, reports indicate the baby is due in the next few months. Although, the couple didn’t share a due date with the 90 Day Fiance fans. So, when the baby is expected to arrive is unknown.

Now that the TLC reality series viewers know about Karine and Paul’s pending bundle of joy, some bittersweet reactions emerged.

This 90 Day Fiance marriage sounded as if it was on shaky ground over the last few years. Both Karine and Paul suffer from mental illness, which is no secret to the fans.

Then top this off with the financial problems they have, fans worry this might not be the best environment to bring another child into right now. 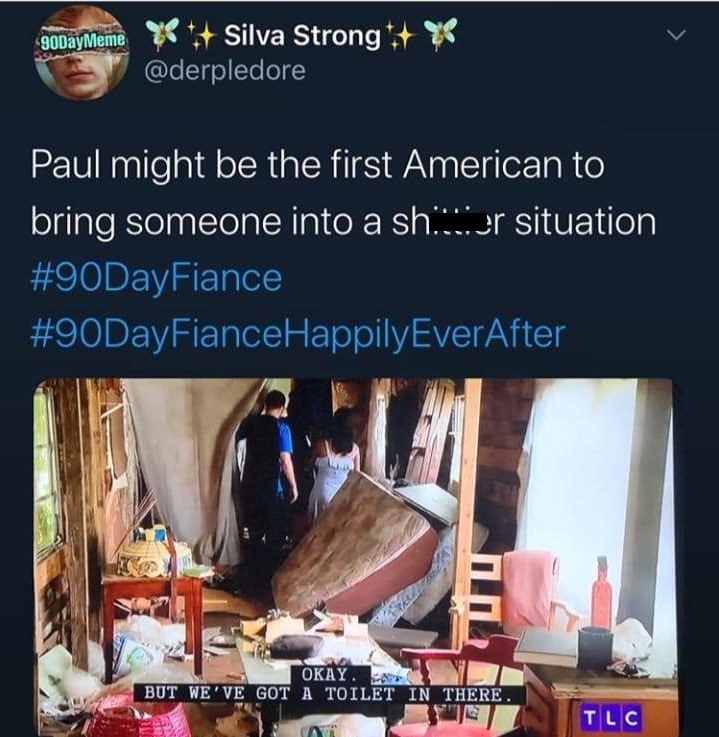 The 90 Day Fiance couple show an instability when it comes to living conditions. At times fans noted that the way they live at times looks deplorable. This is evident in the post above. Why Paul would even look at this place as a potential home for his little family is a question fans want to be answered.

Along with everything else, it doesn’t sound as if Paul can fall back on his mother again. Paul’s mother, Edna, is tired of cleaning up her son’s mess. She even referred to her offspring as an “idiot,” so she sounds pretty tainted with her son and his marriage problems. It seems there are a lot of reasons for the fans to worry about today.

It looks like a mixed bag of emotions surfaced over another baby entering into this family. 90 Day Fiance followers separate into two different camps on Paul and Karine and their upcoming blessed event.

Of course, many people hopped online to wish them well and offer their congratulations. But then there was the camp who worried too much about another child for this couple who appears unstable at times.

Some fans see Karine as ungrateful and turning her nose up on American ways despite the horrible conditions she had back in her country. Others see Paul as the man of the family who isn’t doing much to secure a safe and comfortable environment for his little family.

When it boils down to it, the majority of the 90 Day Fiance followers think these two need to up their game for their new little family.