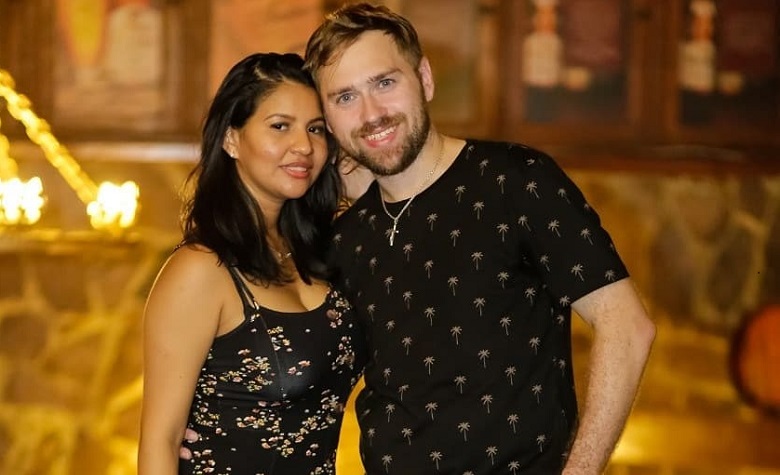 90 Day Fiance stars Paul Staehle and Karine Martins showed up online in a graphic and disturbing video clip that was originally made as a Cameo. Not only does he taunt Karine in the clip but Paul might need an old fashion bar of soap in his mouth for the language he uses with his wife. Pierre is an infant in the video and just celebrated his first birthday this past March but this does not change the disturbing nature of the cameo.

90 Day Fiance: What Is Up With Paul Staehle and Karine Martins?

There’s nothing funny offered on this clip created by this 90 Day Fiance couple. It actually sends up a ton of red flags. First of all, it appears the two moved into that camper, the one Karine said she’d never call home.

While the 90 Day Fiance mom changes baby Pierre, Paul starts to taunt her with baby wipes. Karine does not look at all amused, she actually looks like she’s feeling cornered as he won’t stop.

Karine gave Pierre as an infant a bunch of strands of hair to hold. It was back when they were still in Brazil, not long after Pierre was born. It raised eyebrows then and it certainly is again today.

That hair is probably not the cleanest thing to give a baby to play with. Also, the people who commented on this video suggested that it’s a choking hazard. 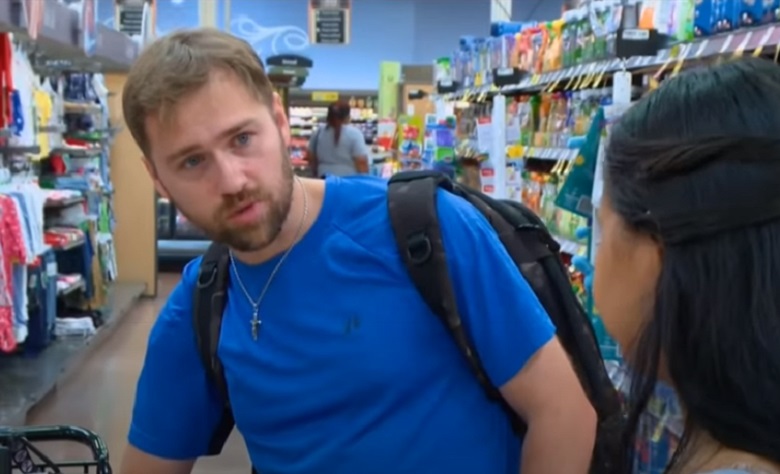 The comments seem to create a theme among the people who watched it. That would be, “this video is disturbing”. The hair and Paul’s foul mouth is just the tip of the iceberg. There’s plenty more to get you uneasy.

Karine apparently had enough of Paul shoving baby wipes in her face. She threw the baby’s dirty diaper at Paul, who holds it to the camera for everyone to see.

If you haven’t lost your lunch at this point, what comes next is bound to do the trick. After that graphic picture of baby poop is burnt into your mind, Paul starts talking about poop and hair. 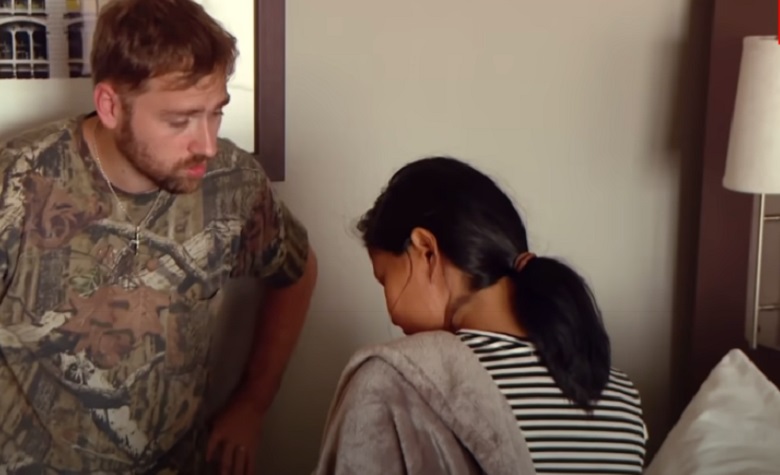 He suggests peeling off Karine’s skin and putting it on his face like they do in horror movies. This video is disgusting from start to finish. Some of the people commenting can’t believe that someone actually paid Paul to make this video. Others asked if the place refunds money after seeing this Cameo clip.

This couple’s stability has come into question lately after Paul posted a rant aimed at Karine this week. People grew concerned after the couple announced another baby on the way. They appear to have all types of problems between them from emotional to financial.