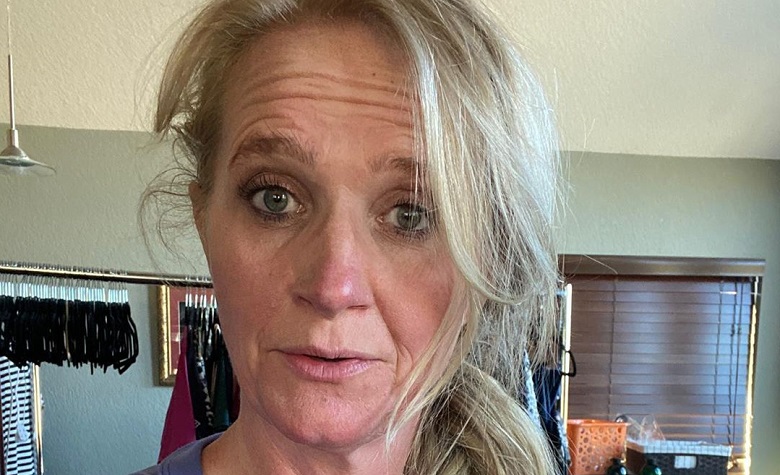 Sister Wives star Christine Brown is probably the most likely out of all four co-wives to be dubbed a soccer mom as she spent decades tending to all Kody Brown’s brood. So fans will probably understand why Christine calls this particular present as one of her favorite gifts of all time.

While Meri Brown and Janelle Brown focused on jobs and outside interests, Christine served up the mac and cheesed to the crowd of kids in the Sister Wives family.

Now that the family has several adult children, it’s understandable why some feel very close to her. It also seems feasible that the grandkids born to Maddie Brown Brush will probably feel as close to Christine just as they would if they were her biological grandkids.

Maddie’s kids have four grandmas and one grandfather on her side of the family. But it seems only two of the Sister Wives co-wives are in the picture, more so than the others. That’s Janelle and Christine Brown.

Christine seems like a hands-on grandmother. She was the only other Sister Wives mom to attend little Evie’s birth other than Janelle, Maddie’s biological mom.

So when the third wife from the Brown tribe gushes in joy when handed a photo of Maddie’s kids, you understand why.

While the other Sister Wives women went to work for the family, Christine did most of the childcare. That’s started long before Robyn Brown, wife number four, entered the family.

While Christine’s birthday was months ago, the fact that she made a point to call this photo one of the best presents ever seems to say a lot. It also speaks to the love she has for all the kids, not just the ones that share her DNA.

This has to be one of my favorite birthday presents ever! Thanks @madison_rose11 and @brushcaleb for having these beautiful children and thanks @gwendlynbrown and @ysabelpaigebrown for finding the photo and framing it. #bringsmetotears #oma #grandkids❤️

All the Sister Wives moms seem like great moms but Christine has an ability to get down to a kid’s level of thinking. While she’s been accused by fans of being too tolerant at times, overall this seems to work well for her.

So, when Christine says she now has one of the best birthday presents ever presented to her, she seems to really mean this. Maddie and Celeb Brush gave Christine a beautiful photo of the Brown family’s only two grandchildren so far. This is the birthday present she gushes over today.

The competition runs in the Sister Wives family when it comes to Kody Brown’s attention. But as everyone gets older, did that competition shift just a bit?

Janelle Brown is Maddie’s biological mom, which makes Axel Brush and Evie Brush her biological grandkids. Christine might appear a bit overbearing when it comes to being the grandmother at times.

At Maddie’s gender-reveal party Christine told everyone that Caleb already told her the gender of the baby. Then after Evie was born, Christine posted pictures of herself holding Evie online before Janelle did.

With these kids being Janelle’s first grandchildren, is Christine taking some wind out of Janelle’s grandma’s sails? While some fans seem to think so, it’s probably not the case.

While this might be the case if it were anyone else, it’s probably not when it comes to Janelle. She was happy when Christine came to North Carolina when Maddie went into labor. Janelle is probably more thankful to Christine for loving the grandchildren so much rather than feeling jealous of the attention she gives the kids.

The second wife of the Sister Wives family often talks about how she was able to go out to work when the kids were small because of Christine in the role of a stay-at-home mom. Janelle worked while Christine kept the Sister Wives home fires burning. So if Christine Brown looks like she might be stealing Janelle’s grandma spotlight, that’s probably not how Janelle Brown sees it.