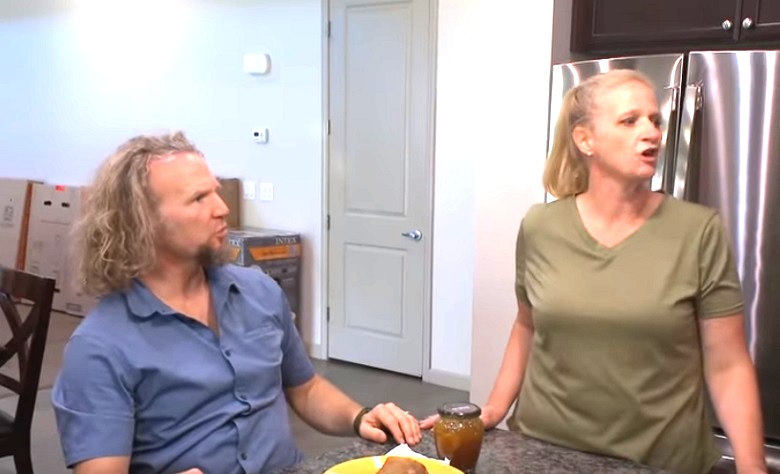 But viewers of the TLC show seemed to remember a different Christine Brown several years back. So what happened to taint the third wife of Kody Brown against the thought of communal living?

According to Showbiz Cheatsheet, Christine Brown once had this same dream for her Sister Wives family as Kody Brown does today. At one time she really seemed to look forward to living in one house with all the wives in the future.

Back a decade ago, Kody Brown and Robyn Brown were fresh off their honeymoon when the Sister Wives producers interviewed each wife. The question was tossed out there asking what the individual wives look forward to now that the family grew a little bit bigger.

Christine offered up her vision for the future by saying:

“As I think about our future together, I look forward to it very much. But what I look forward to the most is a big, big house, with all of us having our separate quarters as we have now, where we can all be together. That’s what I really am looking forward to most.”

What? Is this the same woman who presents as a Sister Wives roadblock for one big house in season 14? So what happened over the decade or so since Christine Brown had visions of one big happy home?

Jealousy Behind This Change?

Some fans attempt to rationalize the change in Christine’s thoughts. Long-time fans can remember back to when Kody and Robyn returned from their honeymoon. That was back in the day when a lot of jealousy bloomed.

The Sister Wives shared husband looked as if he was all about Robyn at the time. The other wives were jealous. Christine did eventually admit to her jealousy after several years passed.

So maybe the one big house was her idea of keeping tabs on her husband. After all, he seemed to have his eyes fixated on one wife – his newest and youngest. Keeping him under one roof would give Christine a bird’s eye view of his every move.

When more than one wife shares a home, someone's got to take the basement…#SisterWives

Then again, that was a decade ago and Christine has grown into a different person as most people do as they get older. Maybe after living in her own home, this Sister Wives mom has grown to like the privacy it awards her.

Sister Wives – Kody Brown All Hers?

When Kody drops by Christine’s house, he’s all hers. If they lived in a big Sister Wives house, Kody’s attention is up for grabs. So, Christine’s words come back to haunt her today. But fans agree she has the right to change her mind.

Christine probably took it the hardest when Kody married Robyn. A decade ago she was a young wife with a bunch of young kids. She was pregnant and then gave birth to Truely as the courtship and Kody’s newest marriage started out.

So that might have prompted her to want everyone around at the time. Possibly so she could keep an eye on Kody? But today, after several years in her own home, she might find it works better for her when it comes to her relationship with the husband she shares.

Either way, Christine Brown is one spouse who is adamant about her own home today. She didn’t budge so Kody has now scrapped the big house idea. Watch the new episodes of Sister Wives on TLC Sunday nights at 10 pm EST.

Come back to Entertainment Chronicle for the news on Sister Wives and all your favorite reality shows.