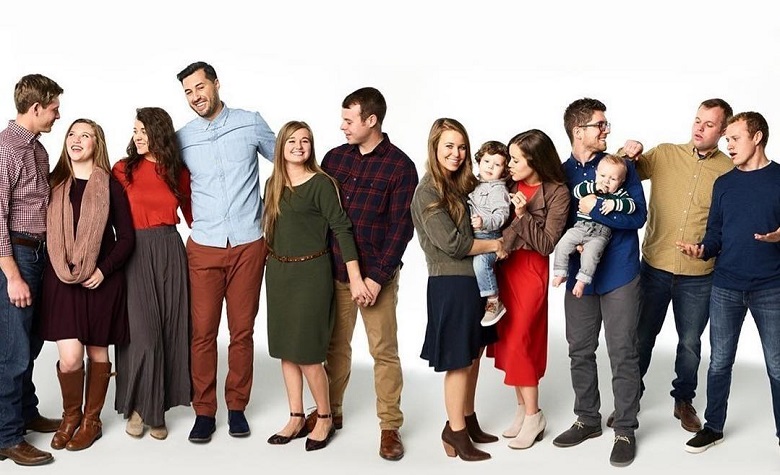 Counting On stars seem to dwindle in number these days as yet another couple reportedly walked away from filming the very popular TLC reality show. While nothing official is offered up yet from the Duggar family or the Counting On head honchos, this comes from a family source. A seemingly angry family source.

Counting On: Joy-Anna Forsyth Follows Jill Dillard Away from Camera

This latest news surfaced when Jill Duggar Dillard and husband Derick Dillard apparently took offense over being left out of a family event. When the Counting On episode featured the family having game night using the ap Zoom one couple felt left out. This apparently prompted Derick Dillard to speak up on social media.

Happy 29th birthday to my beautiful wife @jillmdillard She demonstrates genuine sacrificial love like nobody I’ve ever met. I’ll love you all my days, Jill.

It seems he felt that he and Jill were slighted by not being invited to play along with the rest of the family. Derick hopped on social media and said that he wished the entire family was asked to play that family game.

When a Counting On fan answered Derick back, it seemed he spilled the beans. It started when the fan reminded this husband that he and Jill no longer film the show, so that’s probably why they didn’t get invited to play.

That seemed to irritate this Counting On husband. Derick snapped back how they quit filming but they didn’t quit being part of the family.  Then he pointed to Joy-Anna Forsyth (née Duggar) and her husband Austin Forsyth. 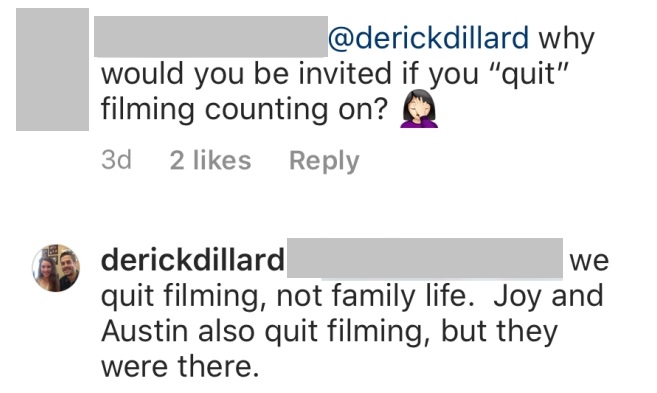 Again, there’s no official word on this from TLC but Derick Dillard sounded quite sure of himself.

Counting On: Another Reason Jill and Derick Weren’t Invited?

While Derick and Jill are still part of the family, it doesn’t stop Derick from saying some rather disparaging things about the head of the Duggar family. He seems to put his father-in-law in his scope over and over again. Whether he likes Jim Bob Duggar or not, this is the Counting On siblings’ father, including his wife.

On the heels of the new Counting On season debut, Derick took to social media to throw shade on the series. He wrote:

“Really?! This show is not anything close to reality. From what we’ve seen, not accurate at all,” said Jim Bob’s son-in-law. “Maybe I’ll start a live stream during episodes, critiquing what is really going on in real-time.”

So… he wonders why he wasn’t invited to game night with the Duggar family, maybe there’s a reason for that?