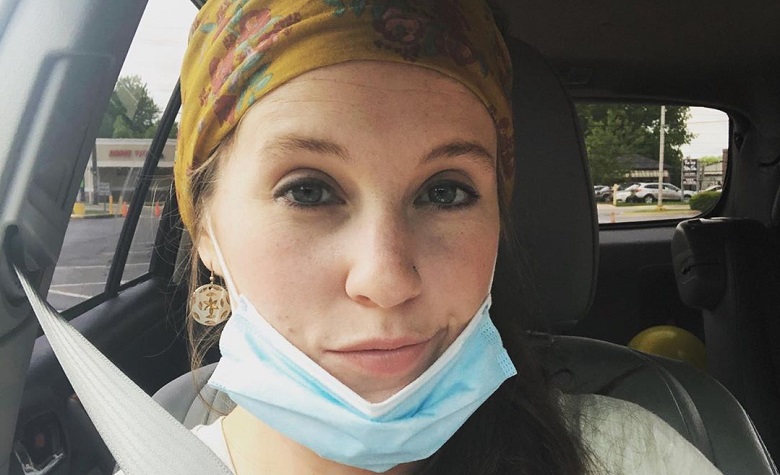 Counting On alum Jill Duggar Dillard just can’t get away from the friction that seems to come along with being a Duggar in today’s world. Jill broke away from the constraints that her father Jim Bob Duggar assigned to daily life.

But it seems when this Counting On daughter isn’t in her father’s grip, her husband Derick Dillard takes over. The young mother seems to pay the price for having two strong-willed men in her life, her father, and her husband.

Counting On: Jill Duggar Dillard Gets It From Both Directions

Derick Dillard is at it again, he’s bashing the Duggar’s way of life on the heels of the new Counting On season. Derick claims the couple’s exit from Counting On in 2017 left his wife humiliated by her father. He also claims Jim Bob threatened his daughter and son-in-law.

Dillard’s new bout of bashing started after the new season of Counting On aired. Dillard commented on Instagram:

“Really?! This show is not anything close to reality. From what we’ve seen, not accurate at all,” said Jim Bob’s son-in-law. “Maybe I’ll start a live stream during episodes, critiquing what is really going on in real-time.”

Dillard replied to comments from Counting On viewers. One follower questioned why Jim Bob is on the show so often. Apparently Jill Dillard’s husband felt a need to answer this.  He writes:

“That’s because (the series is) still under his control, and he will attack the victims if they threaten his show.”

🌸 #embracingmotherhood while listening to #thehappinesslabpodcast and finally stitching up Bear Bear’s hole and putting Biscuit’s ear back on. . . #boymom💙 #stuffierepairs #naptime

He then tossed his wife into the mix saying how Jill was “humiliated and threatened” when she first tried to break away from Counting On. Today Dillard claims that -“Now it’s not dependent on us anymore to keep the show going, because more kids got married, so it’s more OK if we quit”.

No matter what happened in the past, this is still Jill Duggar Dillard’s father. While Derick is known for his previous outspoken ways concerning Jill’s father, for a while there it looked like he stopped his father-in-law bashing. Considering this is his wife’s father, fans think that would be considered the respectful thing to do.

Now he’s at it again. He claims he felt compelled to speak up once more as everything about this show did a number on his family. He claims it messed them up. But again, he claims Jim Bob humiliated Jill but what is he doing by rehashing this in public? She’s no longer with Counting On but these people are still her family.

Derick made some horrific allegations about his father-in-law in the past, as well as TLC for allowing the show to go on. He’s basically said it all before. So, to some fans, this rehashing looks more like an attempt to shade the new season of Counting On.

Derick also said that he’s not blaming any of the other family members for the turmoil he believes his father-in-law bestowed upon his family’s life in the past.

Jill, as well as a few other siblings, opted not to live under Jim Bob’s rules. But now it seems she still gets a reminder of that from her husband Derick.

It’s like she caught between the power struggle her husband seems to create between himself and her father. This can’t make it easy for Jill’s relationship with her parents or her Counting On siblings.