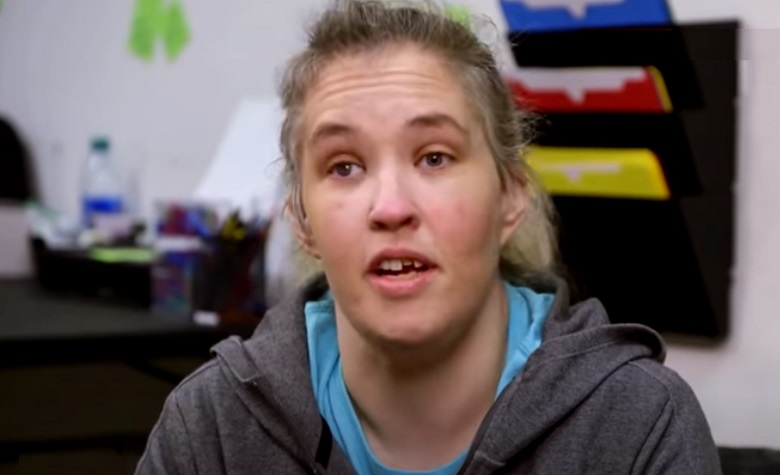 Mama June: From Not to Hot star June Shannon and her boyfriend Geno Doak look as if they entered into the same rehab after both shared a sad post today. June didn’t seem all that invested in entering a treatment program at an admission interview. She demonstrates her lack of enthusiasm in a video below.

Mama June: From Not to Hot – June Shannon Sad Over Death at Rehab

Despite not being truthful when sizing up her drug use when interviewing for treatment, it looks as though she did get admitted. Mama June reported on the death of a fellow patient from the rehab she entered.

Then Geno reported the same death from the facility where he stayed. So, it looks as if they were in the same rehab treatment facility together in the Sunshine State. 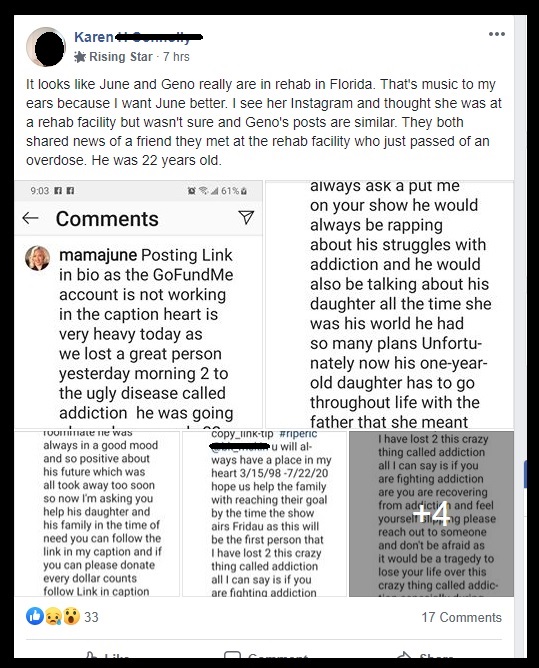 June wrote quite a bit about the death of this young man, who has a one-year-old daughter. She writes about this baby girl having to go through life without a father.

Just maybe this will act as a wake-up call for June who elaborated on the price some people pay for their addiction. Geno also wrote about his friend’s death on Instagram.

So while June said she was in rehab with him, the Mama June fans surmised from Geno’s post that he was as well.

Both Mama June and Geno got much support for their reveal of their rehab stay from fans of the show. Although some seemed skeptical when leaving comments for Geno. They reminded him he needs to follow through on this.

According to Dr. Ish, much of June’s sobriety will probably hinge on Geno following through on his. He has a lot of control over June and if he goes back to doing drugs, there’s a good chance that she will follow his lead.

The doctor talked with Pumpkin about the hold Geno seemingly has over Mama June. Even though she lost all that weight and looks fantastic, June still doesn’t know life as this new person.

She is still in the same mindset as she was before her transformation. Her self esteem is low and she’ll do just about anything not to lose Geno. He is a catch in her mind. He’s more towards normal than the other men she’s had in her life.

So if he stays clean, that’s her best chance at staying clean as long as she is with him.

Check back with Entertainment Chronicle for news on all the popular reality shows.