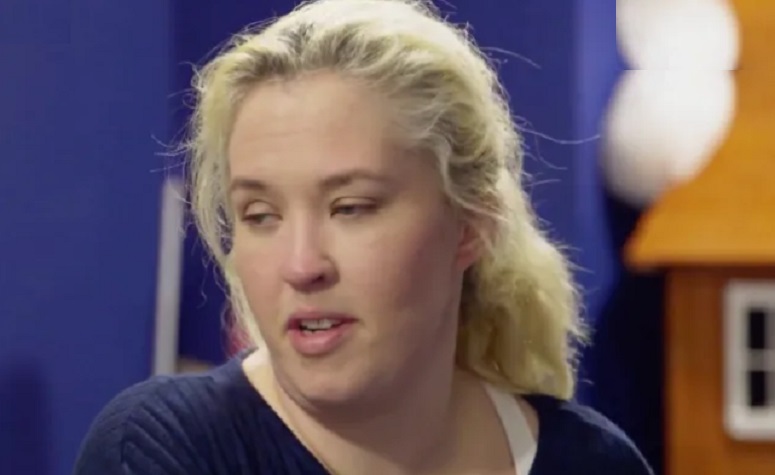 Mama June: From Not to Hot star June Thompson appears in a new episode Friday night as Alana deals with what is left of the family’s fragmented life. Viewers of the show still hold on to hope that Alana will one day soon get some stability in her life.

Mama June: From Not to Hot – Uncertain Future for Alana Thompson

June appears oblivious to what she’s dumped on her 14-year-old daughter Alana who is now without a home or her mom. When the hunt for the missing mother comes to a head-on Mama June: From Not to Hot a scramble is on for who will care for her teenage daughter.

Mama June is not in the running as a caretaker, but her arch-rival Jennifer is. But Sugar Bear fears his daughter will pull away from him completely if they push to have Alana come to live with them.

Alana has a lot to take in after June sold their home out from under the family forcing them into a hotel. So, after this young teen lost her home, she learns another move is on the way. Mama June: From Not to Hot viewers witness even more heartache for the teen as the season winds down.

A Safe Place to Call Home

Alana’s sister Lauryn “Pumpkin” Shannon and brother-in-law Josh Efird plan to uproot her from school and friends. Josh wants a house that is two hours away from the town they call home today. This is far from punishment, which is how Alana may look at it, but it’s a move for safety.

Mama June: From Not to Hot fans watched as the kids lost their home. Now they try to put together a plan going forward in the aftermath of June’s mess.

Pumpkin fears Alana will be upset when finding out about the move because of the distance. But Josh reminded his wife that they’re living in a hotel because they have people after them thanks to June.

Josh is worried about his little family’s safety and that’s because of Mama June’s dirty deals. He tells Pumpkin, “your mother has some kind of crackheaded-ass idiots after us.”

Josh not only has his wife and teenage sister-in-law to worry about but there’s his little daughter, Ella, as well. She’s number one when it comes to keeping the family safe.

Mama June From Not to Hot: Not Even Producers Were Ready for This

Previews for Friday night’s episode show the producers of this WE series stunned over something about June. They weren’t ready for what comes from Mama June next.

It looks like June put not only her family in turmoil but the producers of the show look frustrated as well. They appear at wit’s end on the clips promoting the next new episode.

Fans of Mama June: From Not to Hot recall all that June has done to her entire family. But especially Alana, who really never had a childhood to speak of. Many people who have watched June in action since her dance mom days think Mama June just couldn’t handle the fame.

Then, once she got the chance to lose all that weight and fix her teeth, June was stunning. This opened a whole new world for the WEtv star, one that she obviously just couldn’t handle.