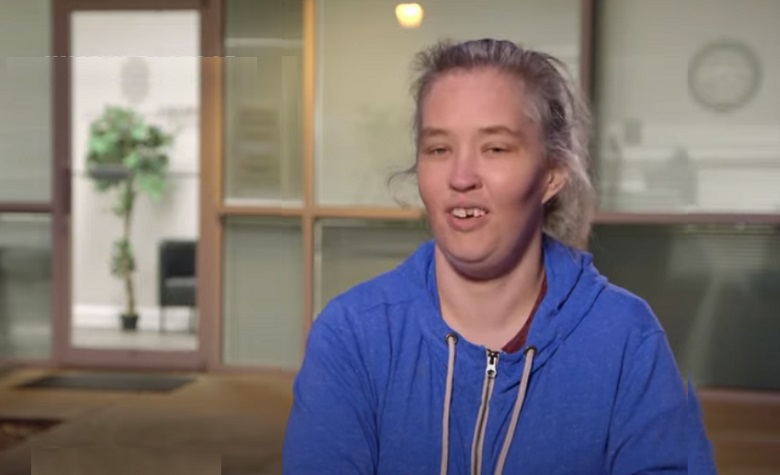 Mama June: From Not to Hot not only works as the title of her reality series but it also helps describe what causes one of her most harmful behaviors. Maybe it’s a case of “be careful what you wish for” but what the WEtv viewers see from Mama June is not just a mother gone bad.

June wanted to change her life, so she went underwent a massive transformation. She got what she wished for but it came with a price. But it not only cost June but her entire family as well.

On Friday night’s upcoming Mama June: From Not to Hot episode, it looks June’s abandoned storage unit holds something “special”. Doe Doe discovers this something “special” as she shifts through what remains of June’s belongings from her disheveled life. Worries continue over the hold Geno Doak seems to have on Mama June.

Mama June: From Not to Hot – June Shannon Goes Through the Motions

June’s “last chance at recovery takes an unexpected turn” on this coming Friday’s episode, according to the previews from Xfinity. It looks as if homeless and broke Mama is still not at the place she needs to be to make a successful effort at rehab.

When answering the questions for a counselor she isn’t truthful. She’s asked if her substance abuse has gotten in the way of her work. When she says no, you hear the producer pipe up. Urging June to be honest, he reminds Mama June that she’s kicked off the show because of the very thing she’s denying. 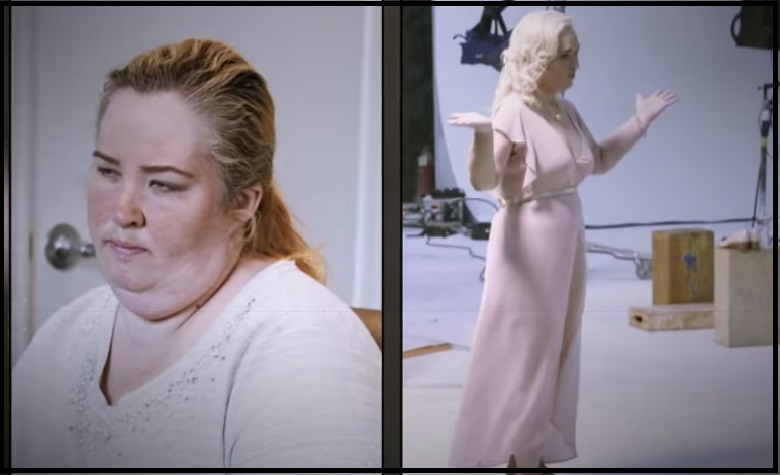 But the series Mama June: From Not to Hot has more precious cargo to worry about. That’s June’s kids and what her behaviors have done to them.

Despite June returning home, the fallout of her previous MIA explodes into chaos in the next episode. Jennifer takes it to the max to get full custody of Alana, aka Honey Boo-Boo.

But perhaps the greatest worry comes from Pumpkin. How does she deal with her mother who is very different than the woman named Mama June that they remember?

Dr. Ish stepped in before the sitdown between Pumpkin and Mama June. Before Pumpkin can deal with her mother she needs to wrap her head around this change in Mama June.

Mama June: From Not to Hot – Why June Shannon Idolizes Geno?

Fans of Mama June: From Not to Hot don’t need a refresher course on the many ways Geno Doak controls Mama June. But Pumpkin really needed a better understanding of what’s going on with her mother.

Pumpkin doesn’t understand the control Geno has over Mama June. She also worries that while her mom stopped her drug use, if Geno decides to start back into drugs, Mama will follow.

Dr. Ish explained the huge transformation her mother went through – From Not to Hot, as the title goes. June knew who she was before she lost all that weight and underwent a complete makeover. She doesn’t know who she is today. 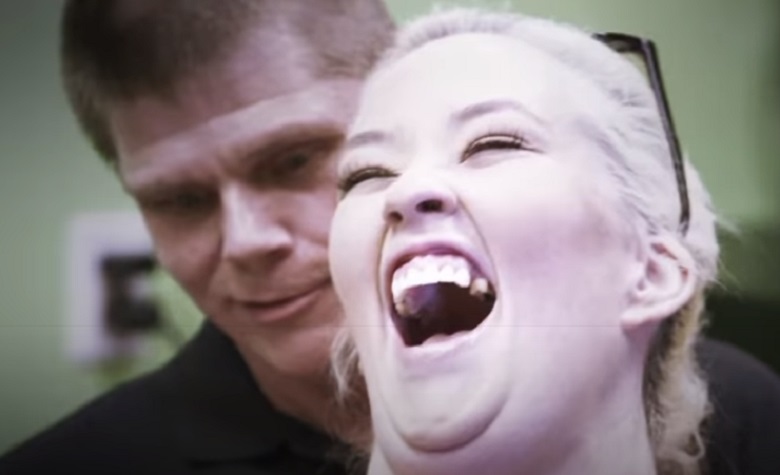 Then Geno walks into her life and she’s got a guy who is closer to normal than her previous relationships. So, she’ll do just about anything to keep him, suggests Dr. Ish. If it takes doing drugs to make that happen, then she’ll do some drugs. This she’s already proven.

The outside world sees the star from Mama June: From Not to Hot as an attractive woman. But June sees herself the way she always did. She doesn’t think she’s good enough for Geno. She’s become dependent on the guy.

“The reason Geno [Doak] works for her is because Geno treats her in life the way she feels about herself inside“. He continues by saying, “When she was heavier, she knew who she was… But now she went from not to hot. So now what does this mean?”

June is no longer in control of June, now she’s got someone pulling her strings, like a puppet. Once June starts doing drugs, it works for Geno as well. She’s easy to control when she’s hooked, suggests the doctor.

So, in a nutshell, this is why June has an unhealthy relationship. Pumpkin seemed to need this guidance before meeting her mom face to face. The video above offers a glimpse of Pumpkin’s meeting with Dr. Ish.

Check Back with Entertainment Chronicle for all the latest news on your favorite reality shows.