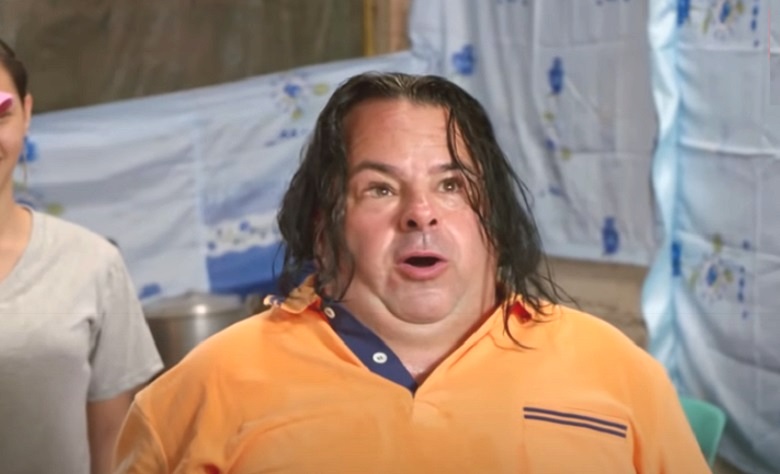 90 Day Fiance celeb Big Ed looks pretty desperate for attention today as he goes up in flames reading his haters’ social media posts. It couldn’t look more staged as he reads these hater posts in front of a table fireplace holding papers.

90 Day Fiance: Big Ed Won’t Give Up the Fame

First of all, Ed sounds as if he’s talking after inhaling helium, he has that Mickey Mouse sound. He welcomes his 90 Day Fiance fan base to the first edition of Big Ed’s Mean Tweets with Teddy.  Apparently this isn’t a one-off thing. It looks like he’s planning more editions of this YouTube fireside show.

The reading of the tweets grows old quickly as the F-word is used way too many times. Big Ed is also called every derogatory name ever coined for a penis. So, when you’ve heard one, you’ve heard them all. Listening to Ed call himself these names and then laugh comes off as sickening for some of the fans.

It’s almost like someone told Big Ed that it’s a good thing to laugh at himself so he does it to the max. After the first two or three tweets, listening to Ed, well – it’s just insipid.

Fire Starter With Teddy Near By

Big Ed reads his 90 Day Fiance nasty comments with his dog Teddy by his side. Fans know how he feels about his four-legged best friend. When he came home from the Philippines, he paid more attention to his dog than his mother when she met him at the airport with Teddy.

So Ed sits there reading these awful comments in a self-deprecating manner. He’s reading them off a legal pad, which has the longer than notebook size papers. He also took a poll to measure his likeability and he shares those results as well with his 90 Day Fiance followers. 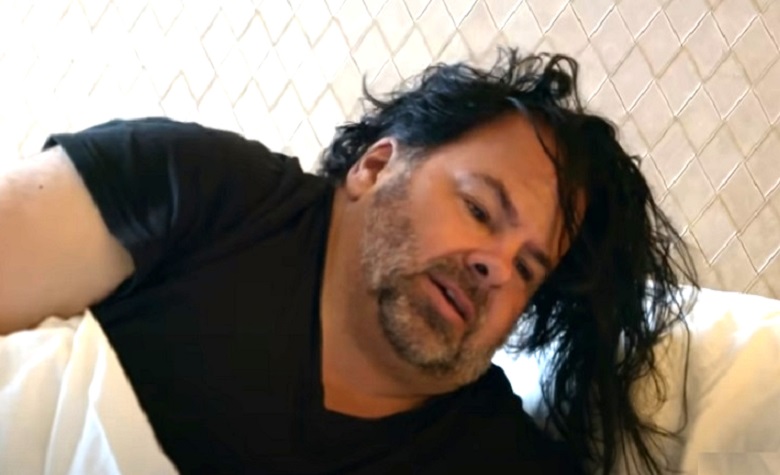 How Ed polled almost 7 million people is unknown but 3.4 million of those polled like him, or so he claims. “3.4 ‘million and change” don’t like him but he stills sees this as a conquest. His numbers don’t seem to add up, but that’s probably part of this rather silly attempt at comedy.

So Big Ed sits there and goes on for what feels like forever reading nasty stuff about himself and petting Teddy. Then you see him maneuver Teddy behind him as he gets ready for the grand finale.

He situates himself in a leaned over position and continues reading the tweets and lets the pieces of paper from his pad hang over his coffee table fire. With Teddy tucked behind him out of harm’s way, the note pad paper goes up in flames.

Idk about anyone else but Big Ed from "90 Day Fiancé" is actually cute 🥺 pic.twitter.com/uuLxsmCQ6b

The problem here is that Ed lets it go too long not to be staged. By the time he acknowledges the fire, the paper is almost all gone and smoke is billowing from his hands like a chimney.

The topper for all of this – just out of sight there has to be a pail of water. That’s because he leaves the camera for a split second and comes back without his flaming notes.

The 90 Day Fiance celeb didn’t have time to throw it anywhere and stomp on it. Then he comes back and suggests he did something “stupid”. He meant starting the papers on fire and he plays off as if it were an accident. But it’s easy to see it was Ed’s way of entertaining the fans.

Now that Rose has dumped him and his 90 Day Fiance gig looks all dried up, it seems like Ed turns to great balls of fire to win back some of the fame that’s faded away.