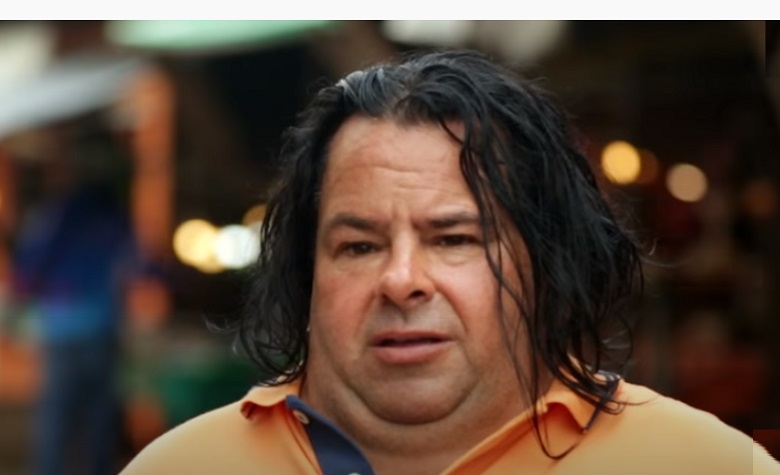 Poor Big Ed – that’s probably not the reply coming from the majority of 90 Day Fiance fans when they hear Ed is banned, fired, or kicked to the curb, by TLC. It seems Big Ed left a bad taste in the mouths of fans.

It’s so bad that even his own remedy of toothpaste and mouthwash couldn’t cleanse away enough for the fans to find something redeeming about this man. So, when the 90 Day Fiance viewers hear the real scoop on Big Ed’s future with TLC, some may be disappointed.

90 Day Fiance: Before the 90 Days – Fans Want Big Ed Kicked to the Curb

That bit of news about Ed’s demise from the reality show is not true. Although it’s easy to trace back how it got started, it just isn’t accurate, it’s false.

Fans questioned Big Ed’s agenda as fans saw more of him in 90 Day Fiance: Before the 90 Days. Many in the viewing audience didn’t see a man attempting to make a wife out of his long-distance romance.  This is what the show is all about but for Ed, it seemed different.

Instead, what many believe they watched was a 54-year-old man land in the Philippines with an inappropriate motive on his mind. Ed, who is 32 years older than Rose, seemed to immediately start grooming this young woman for his own pleasures.

Rose Vega Became the Belle of the Ball for Fans

At first, fans felt rather sorry for Ed who seemed nervous about meeting the love of his life Rose Vega face to face on 90 Day Fiance. They thought he was the victim of a woman wanting a green card.

Then things changed. Soon the fans saw Rose as an improvised young mother attempting to make a better life for her and her son. This is when they warmed up to her.

But when Ed’s demeaning behavior emerged, fans saw Rose as the victim.  She endured this horrific treatment from Ed probably as long as she did just for a chance to give her son a better life in America.

Then, when least expected, her self-respect emerged and she had enough. The applause from the fans could be heard across the virtual world.

Rose not only dumped her 90 Day Fiance partner but shot back her own thoughts about the demeaning treatment he put her through.

Rose became a breakout star of this 90 Day Fiance season for being genuine and offering honesty. Big Ed made his own place in the history of 90 Days Fiance as well. Fans say he’ll be remembered for his scheming ways and nasty treatment of a woman that he claimed to love.

TLC doesn’t let any opportunity slip by when it comes to getting every ounce of entertainment out of 90 Day Fiance. That’s where all the spin-off shows come in. Just when you thought there’s not another spin-off left to squeeze out of the TLC reality show – boom… another one comes along.

The latest show  – 90 Day Fiance: Striking Back is born. So far the cast members include Tom Brooks, Baby Girl Lisa Hamme, and possibly Usman Umar. The show is another quarantine special where all the filming is done by the cast members themselves.

The former stars of this TLC reality show get a chance to strike back at their haters and tell their side of the story. So far only three names surfaced but more may be on the way. Since he’s missing among the cast so far, it looks like fans jumped the gun. The “Big Ed fired” or “Big Ed banned from spinoffs” rumors started to spin

While Tom Brooks and Lisa Hamme have haters out there, Big Ed probably has more. So someone surmised that if Big Ed isn’t part of the cast that must mean he’s been fired.

It’s easy to see why most people might assume Big Ed would lead the pack on striking back at haters. He accumulated quite a bit of them. But so far his name is missing among the cast, although it’s early yet.

Striking Back will air sometime in the winter, so there’s still plenty of time to sign-on Big Ed. Or maybe Big Ed doesn’t want to strike back at haters. He could have seen the error of his ways and decided it’s not a good idea to strike back. If that’s the case, then maybe he’s busy working on one colossal apology.

Either way, fans probably haven’t heard the last of Big Ed Brown on 90 Day Fiance. Even though he gets negative publicity, he gets a lot of it and this makes him a TLC cash cow for future shows.