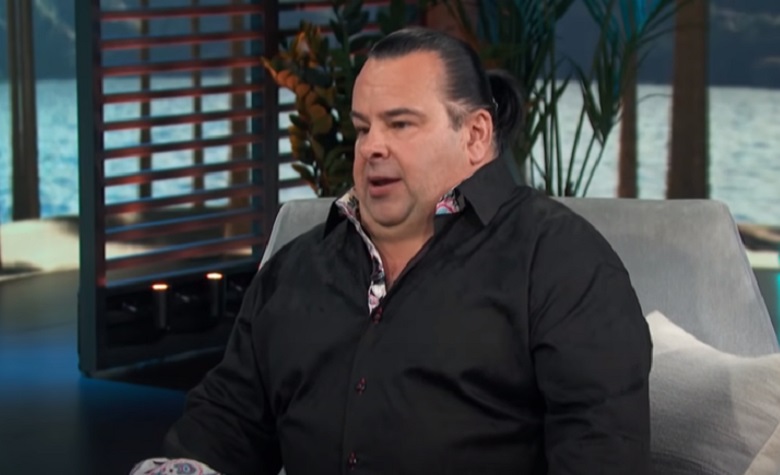 Big Ed is alone and single after his 90 Day Fiance; Before the 90 Days journey is a bust, so when his mom meets him at the airport, Ed’s eyes swell up in tears. Fans get to watch as Ed reunites with his beloved pup. Mom, Norma, brings the dog with her to pick her son up at the end of his unsuccessful journey.

90 Day Fiance: Before the 90 Days – Big Ed Back Home With Mom Norma

The 90 Day Fiance celeb is distraught over losing Rose. But his mom seems rather okay with the outcome. She tells the camera how she feels sorry for her son who’s sobbing over his love-loss. Still, when Ed tells her that Rose didn’t work out, his mom appears to be just fine with it.

After some fans watched the preview video below their comments seemed to point to one thing – they’re not crazy about Big Ed. The story he gives to his mother about the demise of his 90 Day Fiance journey is missing a few things. 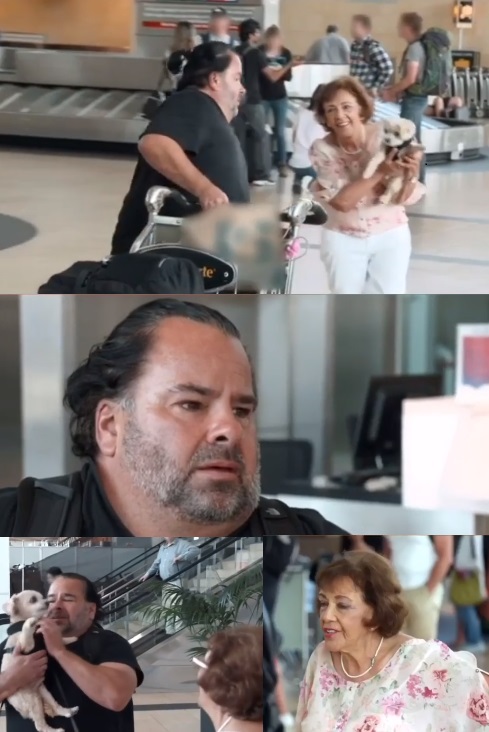 Apparently, his excuse for the end of his long-distance love affair is family planning. The 90 Day Fiance couple each hold their own ideas of what their family should look like in the future. Unfortunately, these are opposite views and neither was willing to budge. But that was far from the only thing that crumbled this relationship.

So, Ed tells his mother he doesn’t want to start a new family with babies of his own at 54-years-old. He tells his mom that Rose wants two babies with him and this was what led to the parting of their ways… really? Yes that was one of the problems but there was so much more.

This is where the fans take over to point out the real reasons for Rose throwing in the towel. He didn’t mention how he degraded Rose with his grooming behaviors.

Big Ed picked a time that was very convenient for him to tell Rose he won’t have any more kids. This is something Rose pointed out to him. Rose was furious that he had sex with her then decides to tell her kids wouldn’t be part of their future.

Viewers think Ed got everything he originally came for in this 90 Day Fiance season. He’s called a “breakout star” by entertainment sites like Access Hollywood. Originally fans loved him but as they watched the way he groomed Rose for his own pleasure, that changed.

Not only do many of the fans see Ed for who he really is, but some of his fellow co-stars also shame him. Geoffrey Paschel, who himself is seen as a villain by fans, sees Big Ed as a “manipulator”, “pervert”, and as someone “disgusting.”  Baby Girl Lisa has also gone after Ed for his behaviors.

Today Big Ed’s “breakout star” status has more to do with the negative behaviors he demonstrated on the show. But his mom won’t know that until she watches the 90 Day Fiance season.

What fans see on Sunday night’s show is Ed giving his side of this breakup story to his mom. But he does this as the show still films. So at the time the scene plays out, Norma has only her son’s account of the trip to go by.

Once Norma sees her son in action by watching the episodes, she’ll see just how Rose came to her decision. Ed says he still loves Rose and hopes they’ll get back in touch. But Rose, who has taken many verbal shots at Big Ed in the last few weeks on social media doesn’t seem to see it that way.