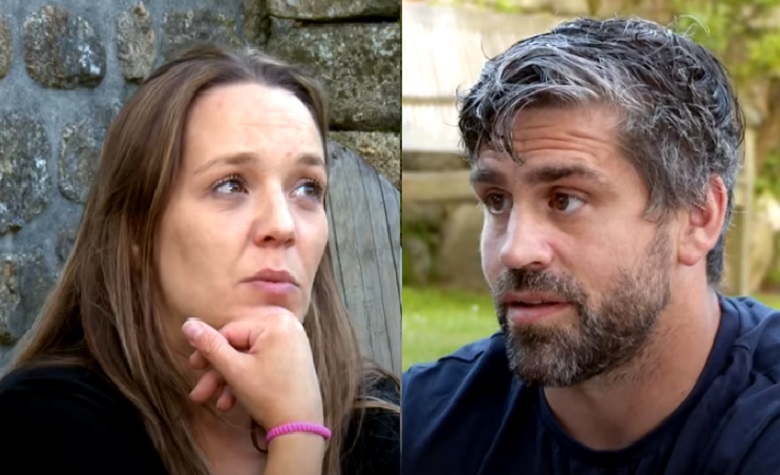 Jon Walters and Rachel Bear Walters became well known as the 90 Day Fiance couple who were the real deal when it comes to love. They also became known for a few other things that weren’t as endearing as romance.

The couple met online doing Karaoke together. Rachel sang a duo from her home in New Mexico as Jon joined in from his home in the UK. Their love of singing eventually led to a long-distance romance. Their 90 Day Fiance journey picks up once again on What Now. Only weeks away, the series opens as the couple still waits for Jon’s spousal visa to come to America.

90 Day Fiance: Jon Walters Stunned Over What He Sees

Rachel and Jon Walters became the modern-day Romeo and Julliette. They gave America’s reality TV fans a couple to cheer for on Season 2 of 90 Day Fiance: Before the 90 Days. They also gave critics ammunition as well, when Jon Walters’ temper got the best of him.

Rachel is not just level headed, but she’s a woman who stood by her man through thick and thin. When the critics tore him apart, Rachel defended Jon. Some people believe Jon Walters left himself wide-open a few times for this criticism. Frequently he went after the viewers who left him negative comments.

But unlike most of the celebs from this TLC series, Jon unleashed some rather vile language. Many fans couldn’t get past those disgusting outbursts online. So, you can just imagine how Jon felt this time when he learned people started to rally behind him and Rachel.

Jon was shocked that the herds of trolls no longer hover over them. Instead, he’s found people supporting the couple’s journey as the new series is about to roll out. Who knows, maybe if critics don’t jab Jon below the belt this time around, fans could see a different Jon Walters.

What’s Up With Jon Walters and Rachel Bear Walters Today?

While 90 Day Fiance gives Jon and Rachel another round of sharing their life so far with the fans, they seem stuck in limbo today. For Rachel Bear Walters to get her husband to the US she has to prove she can support him. But the mom of two just lost her job. So in order to get Jon to the US, they need another sponsor.

The spousal visa for Jon is not an easy feat. He has a police record in the UK, which threw a roadblock into the mix. But even if Jon never got in trouble with the law, without a job, Rachel can’t get him to the US on that spousal visa.

A close friend of Rachel’s offered to sponsor Jon to get them together in the US. But there’s a problem with that as well – Jon. 90 Day Fiance viewers know all too well what a proud man Jon Walters is. So he feels if he comes on this person’s sponsorship he’d be beholding to his wife’s friend for the next 10 years. That is how long a sponsorship lasts.

Although it sounds as if Jon is coming around to this idea, as nothing means more to him then to get to the US to be with Rachel. They appeared on The TLC special for this series, Self-Quarantined, and Rachel explained what they are looking at time-wise. She said:

“Initially when we filed for the visa, we were told we were looking at three to three-and-a-half years, and now it could be different. It could be a lot longer.”